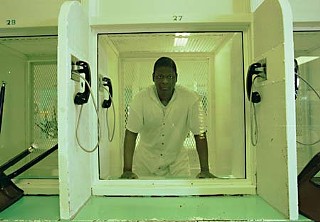 The latest – and likely last – in a string of state appeals filed by death row inmate Rodney Reed contains new and disturbing revelations about the conduct of former Georgetown Police Sgt. Jimmy Fennell, the man who Reed's supporters have argued was a far more likely suspect in the 1996 murder of Fennell's fiancée, Stacey Stites.

The evidence detailed in the appeal – demonstrating Fennell's pattern of intimidation, stalking, and sexual assault of women while working for the Georgetown Police Depart­ment – raises significant questions about the lack of investigative focus on Fennell's possible involvement in Stites' murder. The new information also raises for the Court of Criminal Appeals a particularly poignant question: How much evidence does Reed have to bring forward before the court will take seriously the idea that the wrong man might be in prison?

Stites' body was found dumped on the side of a Bastrop Co. road several hours after she failed to show for her early-morning shift at the local H-E-B. The pickup truck that she allegedly drove to work – which belonged to fiancé Fennell, a Bastrop police officer at the time – was found parked at Bastrop High School. DNA evidence found in Stites' body eventually led police to Reed, who has maintained that he was having a consensual sexual relationship with Stites.

No other physical evidence tied Reed to the crime, and he has consistently argued that Fennell was a more likely suspect – not only had Fennell found out about the affair with Reed, but he was furious about it, in part because Reed was black. Police only briefly investigated Fennell before dismissing him as a suspect; they never searched the apartment he shared with Stites, even though it was the last place she was known to be alive, and police returned to Fennell the pickup truck she'd been driving before it had been thoroughly processed for evidence. Fennell then sold the truck. (For more on the case, see "Who Killed Stacey Stites?" May 24, 2002.)

Questions about Fennell's possible involvement grew more urgent last fall after Fennell pleaded guilty and was sentenced to 10 years in prison for kidnapping and sexually assaulting a woman in his custody while he was on duty with the Georgetown Police Department. According to Reed's newest appeal, in the "aftermath" of Fennell's conviction and a subsequent civil case (the city of Georgetown settled with Fennell's victim last month for $100,000), "other evidence of Mr. Fennell's violent and sexual misconduct has come to light." The appeal includes copies of police reports detailing investigations of accusations other women have made against Fennell – including one woman who said he raped her after picking her up on a drug charge. He asked her what she'd do to get out of the charge, then took her to a secluded area in a police cruiser and assaulted her. Later, she said, he called her numerous times, asking for dates. 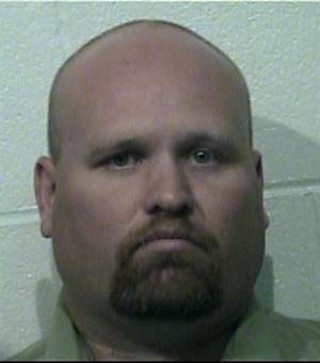 Another woman said that Fennell approached a car she was sitting in, had her exit the car, told her that he'd found drugs in the car, backed her into some bushes, and said he wouldn't arrest her if she promised to meet him at her apartment later that night. The woman called her mother, who then called police to complain. The mother was told the drug charge would be dropped since there was an accusation of officer misconduct. After that, she told police, Fennell drove by her house in the "middle of the night" on several occasions. She was afraid of him, she said. At least two other women made similar accusations.

There's also an account from Keith Tubbs, who previously worked at the Williamson Co. Juvenile Justice Center with Fennell's present wife, Aida. Tubbs told police that Fennell once questioned him about whether Aida had been "seeing someone" at work. Tubbs also said that Aida once came to work with bruises on her face from a phone Fennell had thrown at her. Aida told him that she was "nervous" about Fennell, who she said was "jealous and had a temper." Moreover, she told Tubbs she was concerned about Fennell's possible involvement in Stites' death.

In previous appeals, Reed's attorneys presented evidence related not only to the conduct that led to Fennell's current incarceration but also showing that Fennell had a volatile relationship, shortly after Stites' death, with a woman who accused him of stalking her. Nonetheless, the court ruled that the evidence – some of which, the defense argued, was previously known to prosecutors but undisclosed – was not enough. Though it arouses "a healthy suspicion that Fennell had some involvement in Stacey's death," the court wrote in December, "we are not convinced that Reed has shown by a preponderance of the evidence that no reasonable juror, confronted with this evidence, would have found him guilty beyond a reasonable doubt."

In a subsequent opinion, which included even more information about Fennell's alleged violent tendencies – including "sexually explicit and violent images" from his MySpace page – the court again ruled that Reed had not presented enough information to be persuasive. This time, however, they shifted their reasoning: The evidence doesn't change the fact that Reed was matched to semen found in Stites' body. "[O]ther than showing that Fennell has engaged in despicable and reprehensible conduct as an officer with the [GPD]," the court wrote in an unsigned opinion, "the information does not exonerate Reed of Stacey's murder." The court's about-face frustrates Reed's attorney Bryce Benjet. "The first opinion essentially said, 'This is all very interesting, it raises our eyebrows, but there's not enough here about Jimmy,'" he said. Then, after additional information was discovered, "they said, 'Well, there's still the DNA.'" It seems, Benjet said, that the court's position is that there is never enough evidence with which to build even a reasonable doubt. "The procedures and standards the court has applied in this case are unreasonable," said Benjet, "and the conclusions they've come to are unreasonable."

It is unclear whether the Williamson Co. District Attorney's Office has fully considered the claims made by the additional alleged victims of Fennell's misconduct – or whether officials there considered filing any additional criminal charges against the former GPD sergeant. "I knew about these extraneous allegations and was prepared to aggressively rebut them in trial," said Fennell's attorney, Bob Phillips. "I think it is notable that [Williamson Co. District Attorney] John Bradley, who is a very aggressive and skillful prosecutor, did not indict on any of them. And there were problems with [the accusers'] credibility, which I think would have been manifest in trial, and that's part of the reason why the case settled so favorably." At press time, Bradley had not responded to a request for comment. Bradley told the Austin American-Statesman that the additional allegations were "considered" at Fennell's sentencing but that he did not seek additional indictments because the accusations were "not the strongest and most serious cases against Fennell."

Nonetheless, taken together, the allegations suggest a very disturbing pattern of aggression toward women – the same sort of behavior that sources close to Stites have previously told the Chronicle made them wary of Fennell's relationship with her and made them distrustful of him after she turned up dead. Fennell didn't like Stites hanging out or even talking on the phone with friends; he was jealous and had a bad temper, they said. Indeed, during their initial investigation of Stites' murder, a co-worker from the H-E-B told police that shortly before her death, Stites had seemed depressed. "He stated that she seemed down quite a bit and he asked her what was wrong," a Bastrop Sher­iff's Office investigator wrote in 1997. "She told him that her and her boyfriend were having problems and also that the boyfriend had a violent temper." The co-worker's information was apparently never pursued by police, and he was never called to testify at Reed's trial.

There is no deadline for the court to rule on Reed's latest appeal, and if they again deny relief, the case will move into the federal system. "I always hope the Court of Criminal Appeals will do the right thing," said Benjet. "At some point maybe the mountain of evidence will get high enough for them to decide this case deserves another look."