Bill proposes treatment, not jail, for vets who run afoul of the law

Tweet
print
write a letter
A bill that would establish a program to divert from jail veterans with post-traumatic stress disorder, traumatic brain injury, or other mental health issues who have gotten sideways with the law passed out of the Senate Criminal Justice Committee on April 17.

Senate Bill 112, by Sen. Rodney Ellis, D-Houston, would allow counties to establish a "veterans court program," modeled after the state's successful drug-court programs. Veterans and current military members with brain injuries or mental health illnesses resulting from service in a combat zone or other hazardous areas would have the option of transferring criminal charges brought against them – whether misdemeanor or felony – from criminal court to the diversion program, if the prosecutor agrees to the diversion. The point, Ellis told the committee, is to ensure that vets in need "quickly receive treatment for their illness" – and, hopefully, avoid future criminal acts. A vet who successfully completes the program may seek to have the charge expunged.

The measure has earned widespread support – including from representatives of the Harris and Bexar counties district attorney offices, the Texas Criminal Defense Lawyers Association, the NAACP, the National Alliance on Mental Illness, and the Texas Criminal Justice Coalition. Only one witness at the hearing, Williamson County District Attorney John Brad­ley, registered his opposition to the bill. 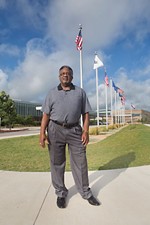 Collateral Damage
Assessing the cost of service for minority veterans 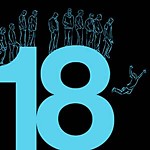 Letters at 3AM: About 18 a Day
About 18 U.S. veterans commit suicide on an average day