Reefer Madness: Eye for an Eye, Ounce for an Ounce

Will the Lege downgrade the punishment for pot possession this session? 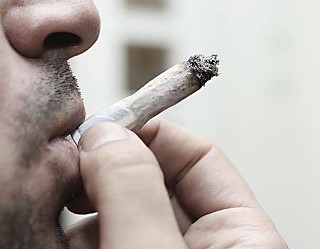 This is at least the fourth legislative session in which Rep. Harold Dutton, D-Hous­ton, has tried to get lawmakers to embrace the idea that criminal penalties should be lessened for minor marijuana possession. And it is probably a safe bet that, again, Dutton's progressive sanction bill will die in the House (provided, of course, that it even gets out of committee). That's a shame, because Dutton's proposal, while modest, could have a major impact.

From 1995 through 2002, Texas arrested roughly 50,000 people each year for marijuana possession only, according to numbers collected by the National Organization for the Reform of Marijuana Laws. And during those same years, marijuana possession arrests accounted for roughly half of all drug-related arrests in the state. When you consider that possession of up to 2 ounces of marijuana alone is punishable by up to six months in jail, it isn't difficult to figure out that arresting and jailing nonviolent pot users can be a major drain on resources – both financial and human – and certainly contribute in no small way to the overcrowding in Texas' jails.

As such, Dutton this session continues to suggest that there is, perhaps, another way to approach the policing of illegal pot use. Under House Bill 902, Dutton downgrades the punishment for possession of smaller amounts of marijuana, including turning possession of up to 1 ounce into a fine-only class C misdemeanor. Texas law already has a graduated scale for pot possession, and all this bill would do is "simply lower [penalties] one step down," he said during an April 8 hearing in the House Criminal Jurisprudence Com­mittee. As it stands, he noted, the possession of one joint nets the same potential charge (a class B misdemeanor) and same potential sentence (up to six months in county jail and/or a $2,000 fine) as possession of 2 ounces. "To me that made no sense," Dutton said. "What I did was simply strike a balance." Under Dutton's proposal, possession of 1 ounce or less would be punishable by up to a $500 fine.

There is, of course, one problem with Dutton's plan: lawmakers' insistence that downgrading pot penalties would somehow send a bad message to the kids. This time around, that argument was voiced by Rep. Debbie Riddle, R-Tomball, whose objection was that marijuana is a "gateway drug," the use of which "goes into other things." It would be a bad message to send to the "young people" that having marijuana is no worse than "speeding a little," she said. Riddle's premise, unfortunately, is misguided: Although federal drug warriors – notably, the Bush administration's White House Office of National Drug Control Policy – have long argued that marijuana use acts as a gateway to harder drug use, there is little credible evidence to back that up. (Riddle, perhaps, is out of her element here. After one witness testified in favor of downgrading the penalties associated with cannabis possession, Riddle asked what cannabis was. "I've never heard of that," she said.)

Although U.S. lawmakers, including in Texas, seem incapable of a new approach to drug policy – for example, as a public health issue rather than one of criminal justice – other countries aren't satisfied to live in the Dark Ages. Notably, just last month the Cato Institute published a new paper by Glenn Greenwald exploring the decriminalization experience in Portugal, which in 2001 enacted sweeping drug-law reform. Amid arguments that decriminalizing drugs there would have negative effects – such as increasing overall drug use and making the country a magnet for drug tourists – the Portuguese government went forward with plans to decriminalize the possession of all narcotics. The effects have been stunning: Drug use has actually decreased since decriminalization took effect eight years ago.

"None of the fears promulgated by opponents of Portuguese decriminalization has come to fruition, whereas many of the benefits predicted by drug policymakers from instituting a decriminalization regime have been realized," concludes Greenwald. "While drug addiction, usage, and associated pathologies continue to skyrocket in many [European Union] states, those problems – in virtually every relevant category – have been either contained or measurably improved within Portugal since 2001." Indeed, he continues, in "certain key demographic segments, drug usage has decreased in absolute terms in the decriminalization framework, even as usage across the EU continues to increase, including in those states that continue to take the hardest line in criminalizing drug possession and usage." Notably, drug use among youth has actually declined.

Indeed, by taking a public health approach, Greenwald discovered, Portugal has been able to target its resources to treating addiction and other related diseases, instead of simply punishing users. During the hearing on Dutton's decrim bill, Michael Blunk, a University of Houston student who testified on behalf of Students for Sensible Drug Policy, summed up well the argument in favor of decriminalization. The point is to "protect people from the harm [associated with] drugs, not to amplify the harm," he said. "No drug policy should harm a person more than the drug would."