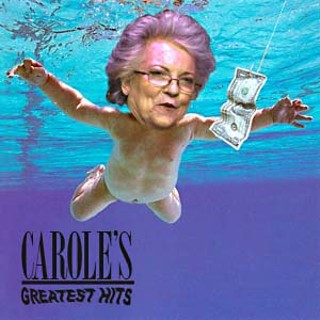 With her decades-long history of opportunism, obfuscation, equivocation, and flimflammery, Carole Keeton Strayhorn has a political history unlike any other candidate for mayor. And with such a deep back catalog of crackups, it's the Chronicle's mission to recall (with bitter relish) some of Strayhorn's oldie-but-baddie decisions, in a continuing series to election day.

In the annals of political infamy, the 2003 re-redistricting of the Texas congressional delegation ranks among the worst, at least for the Lone Star State. A flagrant coup by the newly empowered Texas Republican majority in order to gerrymander a GOP congressional majority, it slithered into law only after quorum-busting trips out-of-state by House (Ardmore, Okla.) and Senate (Albuquerque, N.M.) Dems, followed by two special sessions.

Almost forgotten, however, is that the roots of the Tom DeLay-ramrodded assault stretch back to 2001, when the Legislative Redis­trict­ing Board weighed in on redistricting the Lege itself – force-feeding the GOP numbers and thereby making possible the 2003 gerrymander. With a bevy of Republicans – then-Attorney General John Cor­nyn, Land Com­mis­sioner David Dewhurst, Lt. Gov. Bill Ratliff – and only one Dem on the board, House Speaker Pete Laney, the Legislative Redistricting Board's Lege map was the Republicans' first power grab. But Ratliff was a moderate who wouldn't endorse a harshly partisan map – making the swing vote the board's vice chair, former Austin mayor, Texas Comptroller Carole Keeton Rylander. The GOP map torched Dem districts all over the state and took dead aim at Travis County, lumping progressive Dems Elliott Naishtat, Glen Maxey, and Ann Kitchen into one district. As Michael King's "Capitol Chronicle" reported at the time: "[O]ur old Austin chameleon Rylander ... summoned her best hypocritical smile to declare, 'The best and brightest future for Texas is our only interest.' To catch the full implication of that sentence, recall the comptroller's résumé and just substitute the word 'Rylander' for 'Texas.'"

Eight years later, the only change we'd have to make is "Strayhorn" for "Rylander."

In Other Carole News ...

News broke this week that the Strayhorn campaign has axed consultant Kevin Brown (best known for inadvertently popularizing the phrase, "Yoohoo, Kevin!"), bringing aboard an old friend and handler, Mark Sanders, to direct the campaign going forward. Sanders told In Fact Daily that when Carole calls, "I can't say no."