By the early Nineties, satanic abuse allegations at day care centers had become a national trend 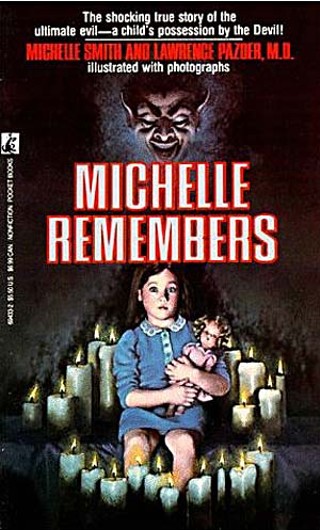 The sensational charges against Fran and Danny Keller and their home day care were not unique. By 1992, the year the Kellers were tried, about 100 child-care workers across the country had been charged with ritual sex abuse of children, and 20 day care workers had been convicted in similar cases. The most notorious concerned the McMartin Preschool in Manhattan Beach, Calif. There, more than 300 children would eventually make statements accusing their teachers not only of sexually violating them but also of subjecting them to bizarre, ritualistic abuse. Many of the allegations made by children in the McMartin case were curiously similar to those that would be made against the Kellers. In 1990, after a decade in the courts for what became the longest and most expensive criminal case in American history, the McMartin defendants were acquitted.

But the public hysteria surrounding alleged day care abuse, exemplified and fed by the McMartin prosecution, was still very much in the cultural atmosphere. So was a widespread notion that a vast network of Satanists was intent on corrupting and sexually abusing children and that many of its practitioners could be found working in child care. (The cults avoided discovery and prosecution, some claimed, because law enforcement members were themselves part of the satanic network. In the Kellers' case, one parent told Texas Monthly writer Gary Cartwright she suspected longtime District Attorney Ronnie Earle – in part because he lived near a goat farm.)

Partly for this reason, the allegations made by the children against the Kellers were hardly tested at all. Apparently, the prosecutors and some of the police investigators believed at least some of the wildest allegations – specifically, that there was cult abuse at work.

Satanic ritual abuse is a fictional pop-culture archetype – mostly in horror movies – but it was widely introduced to the public as a real, hidden conspiracy with the 1980 publication of the book Michelle Remem­bers. The co-authors, Canadian psychiatrist Lawrence Pazder and a longtime patient of his, Michelle Smith (whom Pazder later married), recount the therapy that led to her purportedly "remembering" that she had been abused in the 1950s by her mother and other members of a "satanic cult" in British Columbia. The book has since been exposed as a hoax by several researchers, but at the time, its revelations – including the notion that there was a widespread cult of Satanists torturing and sexually abusing children – caught public attention and fed the fears of parents who, with many women now in the workplace, were increasingly leaving their children in the care of others during the day. The notion of a powerful, underground cult of Satanists convinced many parents, therapists, and credulous prosecutors, leading to a series of satanic ritual abuse-related child-care cases, beginning with the notorious McMartin case. By the time of the allegations against the Kellers, the satanic ritual abuse script for child abuse was already well established and had not yet met much meaningful challenge.

An excellent history of the satanic ritual abuse panic is Satan's Silence: Ritual Abuse and the Making of a Modern American Witch Hunt, by Debbie Nathan and Michael Snedeker (Basic Books, 336 pp., 1995). For more information on people wrongly accused or convicted of crimes against children, visit the website of the National Center for Reason and Justice, www.ncrj.org. 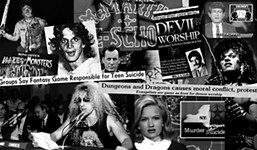 Satanic Panic: Pop-Cultural Paranoia in the 1980s
Kier-La Janisse and Paul Corupe's superb history revives the Eighties in all its fearful hysteria