Inexperienced interviewers can lead children to make up stories 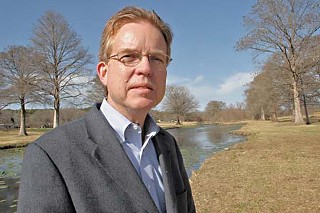 There is a growing body of psychological research reflecting that children can easily be led to make up stories, often with the help of inexperienced or credulous interviewers. Much of that research did not fully develop until the mid-Nineties, after the Kellers' trial and conviction. "Until the 1980s, the common wisdom among experienced professionals was that [children] were fairly suggestible and that you had to be careful in questioning them," says James Wood, UT-El Paso psychology professor and expert in children's suggestibility. "That was clinical lore, basically. There were a few studies ... but there was not a dense clinical literature on children's suggestibility."

In the Eighties, Wood says, the field was bombarded by a "propaganda blitz" from the "Believe the Children" movement. The thinking was that "children don't lie to get into trouble; they lie to get out of trouble," he said. "And it mainly came from the social workers; that's where it got started." The lore became that children were too frightened to tell about abuse and that social workers – with little training in child development – needed to use "vigorous methods to get kids to talk." For nearly a decade, he said, "you had these so-called experts, without a scientific basis, promoting ... crappy interviewing."

It was during the Believe the Children years that stories of ritual abuse at day care centers swept the country. By the time the Kellers were tried, 20 day care workers had been convicted of abusing children in their care – and nearly every case involved accusations similar to those in the Keller case. In subsequent years, all but three have been released, most because their convictions were overturned. Two of the three still incarcerated are Fran and Danny Keller.

Some so-called experts explained the similarities among the allegations as evidence that there was indeed a vast network of cultists that had infiltrated the nation's child-care system. Wood and other researchers believe the similarities have a far less fantastic origin: poor interviewing and therapy techniques undertaken by therapists who either believed or were caught up in the sensational concept of ritual abuse and allowed that to affect their interactions with children they were interviewing. In short, in many instances, the therapists were the actual sources of the stories the children told.

There is a research-confirmed formula for eliciting false stories from children, says Wood. First, the interviewer motivates the children to talk by offering either positive or negative feedback and consequences and then "introduces information" that effectively suggests what they want to hear.

"The McMartin [therapists] pioneered that," said Wood. "They learned how to make kids make false statements." Moreover, the number and type of allegations increase when children are repeatedly interviewed – by law enforcement, therapists, and parents who are alarmed by the possibility that their children might have been molested. "They're frightened, right?" says Wood. "You get the parents urgent enough, and they think [the child is] holding back, and they just keep prying and prying, and they won't take no for an answer. And eventually, the little kid gives it to them."

That is exactly what Wood believes happened in the Keller case. Wood reviewed the videotaped interviews of Christina Chav­iers and Brendan Nash conducted by the Travis County Sheriff's Office and portions of trial testimony – including that of Christina's mother, Suzanne Guinne, and therapist Donna David-Campbell. What he found, he said, was very disturbing – particularly the three recorded interviews with Christina. In those sessions, conducted in August 1991 at the Sheriff's Office, Wood found a laundry list of the interviewing techniques that researchers know increase the likelihood that a child will make false statements. "For a little girl it was ... highly suggestive and didn't shed much light on whether she'd been abused," Wood said. "It looks very much like they did not know how to avoid suggestive questioning. There is a huge amount of contamination. That's a huge cause for concern."

From the start of the very first interview with Christina, for example, TCSO examiner Karen Knox provides a negative "stereotype induction," linking bad things happening at Fran's Day Care to Danny and a penis. When Christina denies that Danny ever hurt her, Knox follows up by asking whether Danny had told her not to say that he'd touched her. Shortly thereafter, she asks Christina how many times Danny touched her with his penis. Wood says that this initial interview quickly diminishes the likelihood that police would ever receive an honest or accurate report. Instead of asking Christina questions designed to elicit her independent account of life at the day care, Knox introduces a narrative for Christina to follow.

The pressure on Christina increases during the second interview, with Ester Vela, when Guinne tries to convince her daughter to talk. Christina is the "biggest girl," her mother says, and she must help "save the other kids and protect them" because what "Fran and Danny did was very, very, very mean. And it hurts people. And you're the only one that can keep people from getting hurt." And when Christina finishes telling Vela her story, her mother says she can have some candy. "This is a very powerful motivator for children," said Wood. "The scientific research shows that can lead to false statements: 'There's candy,' and, 'You can help.' These are two powerful motivators."

Finally, in her third interview with the Sheriff's Office, a fidgety Christina is told by Knox that she needs to sit still, pay attention, and answer Knox's questions; finally Knox even holds still Chris­tina's hands and feet to induce her to cooperate and agree that Danny abused her. Knox's physicality is one "major reason why these are terrible interviews," said Wood. "Clearly the interview is a power relationship," he concluded. "I can and will make you do what I want, and one thing I want you to do is make accusations." (Knox could not be reached for comment.)

Moreover, Knox appears to ignore each of Christina's responses denying that any abuse has occurred – and there are dozens of such negative responses throughout the three interviews. There are more subtle signs, which Knox ignores, like Christina's several baffled "What's this?" responses when she first sees pubic hair on the adult doll. "It's called confirmation bias," says Wood. "You are just trying to confirm what you already believe to be true, instead of objectively gathering information to determine if something is true. There is no hypothesis testing here."