Laura Hall Out on Bond 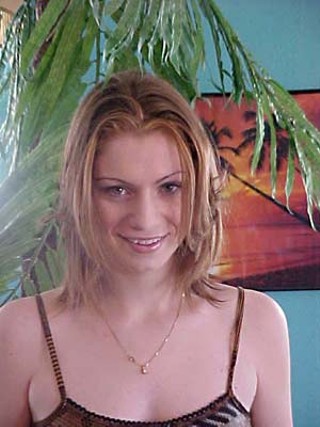 The 3rd Court of Appeals on Feb. 19 overturned the five-year sentence of Laura Ashley Hall, who was convicted of tampering with evidence and helping friend Colton Pitonyak evade arrest in connection with the 2005 murder and dismemberment of 21-year-old Jennifer Cave.

The appeals court upheld Hall's convictions on the two charges but ruled that Travis Co. assistant district attorneys Bill Bishop and Stephanie McFarland failed to turn over to Hall material evidence that could have affected the sentences imposed. Specifically, the court found that the state failed to tell Hall's attorney, Joe James Sawyer, important information about former Austin cabbie Doug Conley, the state's sole witness during the sentencing portion of Hall's trial: Conley had been unable to identify Hall from a police photo lineup prior to testifying that she had made disparaging remarks about Cave during a ride in his car in 2007. If the defense had known Conley's ID was tentative – and was actually aided in part by prosecutors showing him a photo of Hall before he took the stand – that knowledge could've been used to call into question his overall account. "We must conclude that the suppressed ... evidence against Conley was material – had it been disclosed and used effectively, it would have placed the State's punishment case in such a different light as to undermine confidence in the verdict and give rise to a reasonable probability of a different outcome," Judge Bob Pemberton wrote for the court.

The court also ruled that Bishop and McFar­land withheld other evidence from the defense – including portions of the prior criminal record of a jailhouse witness and statements by then-University of Texas student Nora Sulli­van, a friend of Piton-yak's, who said that Hall made self-incriminating statements to her after the two visited Pitonyak in jail. Ultimately, however, the court ruled that neither error was severe enough to overturn Hall's convictions.

Hall is now out of jail on bond, awaiting the resolution of her appeal – and, if the appeal stands, the outcome of any new sentencing trial. Pitonyak is currently serving 55 years in prison for Cave's murder. (For more on the story, see "The Unexplained Death of Jennifer Cave," Sept. 7, 2007.) 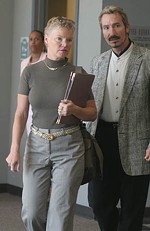