Whether to Laugh or Cry: Sex Ed in Texas Sexually speaking, women are like "crock pots," slower to warm – or, to be more specific, slower to get "stimulated." Men, on the other hand, are like microwave ovens, fast cookers that are always ready to go. At least that's the message given to public school students who are taught the WAIT Training abstinence-only sex-education curriculum – and in Texas, that's the curriculum taught in 53 public school districts. It's a damaging and sexist message, says Kelly Wilson, an assistant professor of health education at Texas State University in San Marcos. "I find this kind of ... message ... horrifying and incredibly irresponsible," she said during a Feb. 24 press conference outside the Capitol.

With her colleague, professor David Wiley, Wilson collaborated with the Texas Freedom Network to produce a groundbreaking study that delves into the actual content of sex education in Texas' public schools. It's the first study of its kind in the nation, says TFN President Kathy Miller – and the results are scary. For the project, TFN sent open records requests to more than 1,000 public school districts asking for documents, including curricula, related to their sex-education programs; about 96% of districts responded. In all, the TFN report reveals that 94% of Texas school districts teach ab-only, without contraceptive or sexually transmitted infection/disease education components, while just 3.6% teach so-called ab-plus education, which promotes abstinence as a preferred approach but also includes medical information on contraceptive use and STD prevention. Amazingly, 2.3% of school districts simply don't provide any sex education.

Many of the "facts" taught to Texas students in ab-only programs, detailed in the TFN report, would be laughable if the potential consequences of the misinformation weren't so dire: Texas ranks third in the nation in teen pregnancies, and sexually active Texas teens are more likely to engage in risky behavior – not using a condom or having four or more sexual partners – compared to all U.S. teens.

TFN hopes that the report will be a wake-up call to Texas parents and lawmakers who have the ability to intervene and correct the inaccurate information being fed to Texas teens – indeed, Texas could join the 25 other states that have turned down federal funding for ab-only education. (Texas leads the nation in the amount of ab-only funds it takes from the government. According to the Sexuality Information and Education Council of the U.S., in 2007, Texas took $18 million in ab-only funds.) Teaching kids real information about sexuality is the only responsible thing to do, said Ryan Valentine, TFN's deputy director. Texas should "reject the abstinence-only dogma and acknowledge that ignorance won't protect our kids." 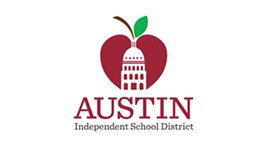