What's the Word for Wall Street Greed?; and Why America Needs a Truth Commission

America's titans of finance have caused the worst economic collapse since the Great Depression, and what is their reaction? Party time!

While Merrill Lynch was collapsing last year, requiring a $25 billion salvage job from us taxpayers, its CEO was merrily redecorating his office, picking out such necessities as $28,000 worth of curtains, a $35,000 antique commode, and a $1,400 wastebasket. Then he magnanimously doled out $4 billion in executive bonuses.

Citigroup, which lost $28 billion in the past 15 months, has now been given a $345 billion bailout from Washington and is presently holding a fire sale of its corporate parts in a desperate effort to survive. But this didn't stop top executives from trying to buy a new $50 million Dassault Falcon corporate jet for themselves. Never mind that the bank already had five executive jets.

Despite losing billions of dollars last year, then going hat in hand to the government for multibillion-dollar bailouts, Wall Street investment bankers paid themselves $18 billion in bonuses at the end of the year. In a poll of these bankers, 46% felt they deserved bigger bonuses.

We have to have some new words. "Greed" doesn't say it. "Outrageous" falls way short. "Shameful" has no effect on bankers. Help me out here: How shall we describe their abominable sense of self-entitlement? Channel your fury into creativity, and send me your ideas for new words that nail these bankers. The top three will get an autographed copy of my book, Thieves in High Places. Send your creations to info@jimhightower.com.

Why America Needs a Truth Commission

Alberto Gonzales, I mean – George W.'s devious White House counsel and attorney general. He sullied both offices by repeatedly and secretly striving to shred our Constitution and defy the rule of law on everything from torture to illegal wiretapping. Finally, having misled Congress, he was forced to resign in 2007.

But he won't go away! He's recently been on a pity tour of media outlets, trying vainly to portray himself as an abused public servant. In one interview, Gonzales did show remorse – not for anything he did but for actions of subordinates. "I deeply regret some of the decisions made by my staff," he wormed.

He's not alone in his public display of smug, self-serving delusion. Bush himself asserts that he did no wrong in his eight-year term: "When I ... look in the mirror, I am not going to regret what I see." Dick Cheney, too, is full of conceit, saying he's writing a book to show that everything he did – including okaying torture – was beyond reproach.

What's at play here is far more than the usual effort by politicos to put a shine on their records. These are politicians who knowingly violated our nation's laws and who secretly asserted a politics of executive supremacy that unilaterally overthrows the constitutional mandate for separation of powers. If there is no true accounting for what they did, then their actions become a legal precedent, sanctioning other White House inhabitants to do the same.

This is why America needs a fiercely independent review commission to reveal the details of executive excess. The point is not to prosecute someone but to uncover the truth and make clear that America will not sanction an autocratic power grab – even one disguised as a "war on terror."

For more information on Jim Hightower's work – and to subscribe to his award-winning monthly newsletter, The Hightower Lowdown – visit www.jimhightower.com. You can hear his radio commentaries on KOOP Radio 91.7FM weekdays at 10:58am and 12:58pm. 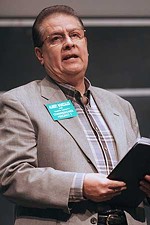