Over Their Dead Bodies 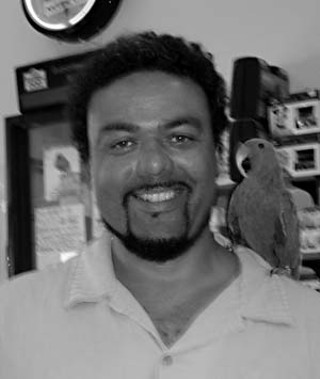 In Texas, property and development rights trump even the dead. Sure, state Health and Safety Code says you can't build on a dedicated cemetery. But what if that cemetery is old and long forgotten? The state Antiqui­ties Law, which regulates development within historical sites, doesn't even specifically mention cemeteries, leaving officials at the Texas Historical Commission uncertain of their powers to protect them. According to commission estimates, nearly 50,000 cemeteries languish unidentified in Texas.

Thanks to the city of Waco, the issue has recently become a topic of discussion at the Capitol. The Texas Ranger Hall of Fame and Museum in Waco, which sits on city-owned Fort Fisher Park, is currently building an addition for a Ranger headquarters and education center. Prior to construction, Waco hired Lampasas-based American Archaeo­lo­gy Group to survey the 8,000-square-foot building footprint. The group's survey concluded that the site did not contain any burials. But when the project broke ground in May 2007, construction workers nevertheless uncovered human remains. Lots of them. To date, 192 deceased individuals – many of them African-American – have been found on the site. Yet construction continues.

"You're talking about the desecration of hundreds of burials in a wanton fashion," says Fred McGhee, an Austin resident, archaeologist, and historical anthropologist who says his company, Fred L. McGhee and Associ­ates, is the only African-American-owned archaeology firm in the U.S.

The Waco City Council never considered permanently halting construction. City officials contend that they have practiced due diligence by commissioning the initial archeological study and by halting construction when bones were found and applying to the Historical Commission for a permit to excavate the remains. They also vow to disallow further construction on the site after the current project is completed. "The commitment is made that there will be no further building expansion into the lower First Street Cemetery area," Waco City Attorney Leah Hayes told legislators at an Oct. 24, 2008, hearing.

The construction site used to be part of what's known as the First Street Cemetery in Waco, the city's first municipal graveyard, established in 1852. Over the years, parts of it were neglected and had fallen into disrepair. The lower part of the First Street Cemetery, which lines the Brazos River, was ostensibly cleared and de-dedicated by court order in 1968 to make way for the park and the Texas Ranger Hall of Fame. The bodies were supposed to be moved to a different part of the cemetery – but as it turns out, that never happened. Only the remaining grave markers were moved – by 1968, many of them had been carried away by the flooding river while others were made of wood and disintegrated long ago. Many of the graves were never marked.

One analysis, by a forensic anthropologist at Baylor University, indicates that 39 of the people buried in the construction zone were African-American, 23 were Asian, and four were European. (The rest of the bones were too deteriorated to test.) Some were historically significant figures: Shepart Mullins, a freed slave who was among the first black state legislators during Reconstruction, and H.C. Lazenby, whose son, Robert Lazenby, introduced Dr Pepper.

"A large percentage of African-Americans were buried in the lower part of the cemetery, near the river, while the whites tended to be buried in the upper part [which remains intact], away from the river," says archaeologist John Griggs, who worked on the site in the summer of 2007. Griggs believes the city of Waco is violating state and federal law by continuing construction and has launched a website (www.firststreetcemetery.org) dedicated to the issue.

In June 2007 the city briefly halted construction and the Texas Historical Commission granted a permit to excavate and remove the bodies; construction resumed two months later. Because the site is not legally a dedicated cemetery – even though the bodies were never properly removed – the commission had little power to stop construction and was only able to provide protocol as to how remains should be excavated and reburied. (According to Griggs, the bones are currently stored in "cardboard boxes" awaiting internment elsewhere.)

"The statutes are not nearly as strong as they should be," says Jim Bruseth, director of the Historical Commission's Archeology Division. As a consequence, "There are a number of really historical cemeteries that have been built on top of. It's a lot more widespread than people realize."

State Rep. Donna Howard, D-Austin, a member of the Legislature's Culture, Recrea­tion, & Tourism Committee, took interest in the issue last summer after reading coverage in the Waco Tribune-Herald and fielding calls from constituents, including McGhee. Howard chairs the Texas Cemeteries Subcommittee, which held the Oct. 24 hearing. The subcommittee's charge, she says, is not to investigate what went wrong in Waco but to see what could be done to prevent future cemeteries from desecration by development. "There are a lot of changes that need to be made [in state law] if we're going to protect these cemeteries," she says.

Howard would like to strengthen state law to protect cemeteries, but two things stand in the way. First of all, with new House Speaker Joe Straus currently planning committee assignments, she may not remain on the Culture, Recreation, & Tourism Commit­tee. Secondly, Gov. Rick Perry's recent push to bolster property rights could inhibit plans to protect cemeteries from development. "There's going to have to be a lot of discussion," Howard says, "because this issue dovetails with private-property rights."

The problem, McGhee says, won't be easily solved. "The state has had an atmosphere of deregulation since Bush was governor, and that came into fuller expression when he became president," he says. And even with the laws we have, "there is considerable pressure on the part of environmental planners to perform the absolute minimum due diligence. Texas is one of the worst states for this kind of stuff."