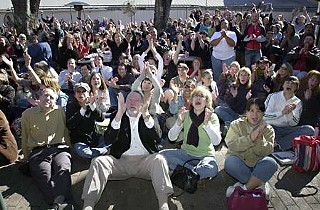 • Council Unanimously Approves Music Department City Council has given its nod by a 7-0 vote to creating the city Music Department, asking staff to come back Feb. 26 with a range of options for structuring a new department dedicated to Austin's live music industry. To date, music-industry support has been housed within the Economic Growth & Redevelopment Services Office; the Live Music Task Force recommended a freestanding department with more authority and autonomy, as well as a more direct line to receiving staff and funding. (Not surprisingly, some at the Economic Growth Office are unhappy about losing their existing turf and powers.) Given the constraints of this budget year and now a city hiring freeze, it's unclear whether the city will be able to fund additional staff positions. Anthony Snipes, chief of staff to City Manager Marc Ott, is heading up the staff response to council. (He's also heading up a separate response to council regarding creation of a cultural arts department.) As Mayor Will Wynn has noted, the Economic Growth Office was created earlier this decade during a period of economic contraction; in the current recession, council is once again hoping to stimulate the economy through an investment in music-industry growth. – Katherine Gregor

• Make Haste, Not Waste City Council formally adopted an ambitious Zero Waste program last week that calls for a 20% drop in waste sent to landfills and incinerators by 2012, ultimately shrinking the amount 75% by 2020 and 90% by 2040. The project calls not only for increases in recycling and the further "greening" of city events but also tasks manufacturers with developing less wasteful products and assuming additional responsibility in seeing their wares recycled or reused. Calling the changes "a long time coming," Council Member Lee Leffingwell moved that the plan be adopted with several amendments, including directing the city manager to incorporate Zero Waste's goals into a Solid Waste Services master plan; requiring council approval for the "pricing, collection, and disposition" of trash and recyclables and operations of landfills; and encouraging landfill operators to study methane collection as an energy source. – Wells Dunbar

• Workers Comp Plaintiff Dies Confirming the aphorism "justice delayed is justice denied," John Summers, the plaintiff in the Entergy v. Summers case, died of a heart attack in Decem­ber. Controversy erupted around the case in 2007, when the Texas Supreme Court ruled that the owners of a work site could also be considered their own general contractors and thus be shielded from injury suits by a law that makes workers' compensation benefits the "exclusive remedy" for injured workers under certain insurance plans. The decision angered labor unions and legislators alike, who argued that the court had read the law too literally and ignored the Legislature's intent that site owners be excluded from being considered the "statutory employer" in workers' comp cases. After numerous calls for a rehearing of the case – even from the Texas Association of Defense Counsel – the court finally relented in October. Reportedly, Summers' death will not prevent the court from eventually handing down a decision. – Lee Nichols

• Bike Progress City Council last week approved a $97,641 contract with UT's Center for Transportation Research to study the effectiveness of and possible locations for new bike facilities and other improvements that could hit the pavement in a year or so. Among the improvements to be studied are shared-lane markings, called "sharrows," designed to move bikes to the center of a right-hand lane (away from the opening doors of parked cars) in the absence of bike lanes. "Although this is a fairly small study, this is a humongous step forward for encouraging bicycling and making it safer in Austin," said League of Bicycling Voters President Rob D'Amico. Also approved at Thursday's council meeting was a bike "wish list" for possible federal economic stimulus funds, a package for $2.6 million in new bicycle facilities identified by the city as ready to go for quick construction. – Daniel Mottola

Former Austin Police Officer Ted Nobles (right) was arrested and charged with the Jan. 14 robbery of a North Austin bank. Police say Nobles walked into a Compass Bank on Highway 183 and demanded money from a teller. He made off with an undisclosed sum but was later popped by police near his apartment inside a pickup truck that witnesses said they'd seen leaving the bank. Nobles left the department in 2001, amid an investigation into whether he'd stolen another officer's identity (Cmdr. Chris Noble), rented an apartment using the stolen ID, and then failed to pay rent. – J. S. 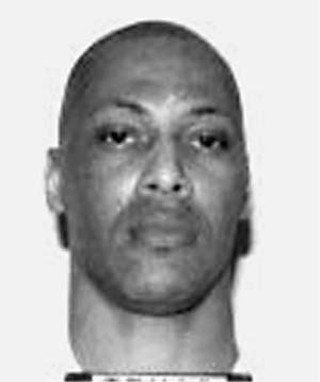 The Texas death machine already has a busy schedule for 2009. On Jan. 14, the state executed the first inmate of the year, Curtis Moore, convicted of killing three people and leaving another horribly burned during a string of robberies in 1995. Moore's execution was stayed once, in 2002, so courts could consider whether he was mentally retarded; the U.S. Supreme Court ultimately denied his appeal, clearing the way for his execution. The Board of Pardons and Paroles also rejected his bid for clemency. At press time, the execution of Frank Moore (no relation), convicted of the 1994 shooting of two men outside a San Antonio nightclub, was pending. Four more executions are scheduled for January alone; in all, 14 are scheduled through April 7. Amnesty Inter­na­tional USA criticizes Texas as out of step with the rest of the country and a sign that state officials are ignoring the ongoing problems within the criminal justice system. "At a time when the country – including Texas – is opening its eyes to the problems that plague capital punishment, Governor [Rick] Perry has chosen to remain blind to its flaws, further tarnishing Texas' human rights reputation," said Amnesty International USA Executive Director Larry Cox. – J. S.

Austin Rep. Donna Howard and Sen. Jane Nelson of Flower Mound have co-authored legislation (Senate Bill 476/House Bill 591) that requires all hospital governing boards to adopt, implement, and enforce a nurse staffing policy. The bill comes at a time when hospitals around the state are facing critical nursing shortages. Among other requirements, the bill would elevate hospital nurse staffing committees to standing committees that must report directly to the hospital board and require that each committee be composed of at least 50% registered nurses who provide direct patient care. "Nurses are on the front lines and should play a critical role in determining staffing levels at their hospitals," said Howard, a former nurse at Bracken­ridge and Seton. The bill has the support of both the Texas Nurses Association and the Texas Hospital Association. – L.N.

On Jan. 15, state representatives passed House Resolution 3 (nicknamed the Housekeeping Resolution), instructing the Committee on House Administration to implement an expanded recycling program – luckily for them, one was already in the works. The State Preservation Board, which maintains several historic state buildings including the Capitol, is working on joining the Texas Facilities Commission's new Single Stream Recycling Initiative. Previously, the commission only recycled paper; now, along with secure data-destruction firm Austin Task Inc., they will start processing the same mixture of plastics, metals, and paper as Austin's own single-stream service, as well as batteries and e-waste, for any state agency (including the Capitol) using existing recycling bins. With the House apparently on board to join just such an initiative, board public information coordinator Julie Fields explained, "We're going to be able to do this really quickly." – Richard Whittaker