Eight-year-old Abdula Alemoush (r) leads a crowd of about 100 people at the Capitol Tuesday protesting Israel’s military assault in the Gaza Strip. Today (Thursday), the Jewish Community Association of Austin and area congregations will hold an Israel Solidarity Service at 5:30pm at 7300 Hart. (Photo by Sandy Carson)

• MADOFF HITS CLOSE TO HOME The $50 billion Ponzi scheme run by former Nasdaq Stock Market Chairman Bernard Madoff is now affecting nonprofits in Texas and has notably claimed half the budget of the Innocence Project of Texas. The Innocence Project will lose a more than $450,000 grant made by the JEHT Foun­da­tion, which since 2000 has supported criminal justice reform work. No more, though, since JEHT's funders were bilked by Madoff's scam and have announced that the foundation will close its doors at the end of January without being able to pay any more toward grants. The JEHT grant money was earmarked for DNA testing, which costs roughly $4,500 for each case tested. So far, DNA testing funded by the project has freed 15 men from Dallas' death row. The Innocence Project is currently looking for new funds to continue its mission (some of which should, arguably, come from the state – perhaps from a tiny slice of the multibillion-dollar prison budget, Innocence Project chief counsel Jeff Blackburn has said). Send donations to Innocence Project of Texas, 1511 Texas Ave., Lubbock, TX 79401. Get more info at www.ipoftexas.org. – Jordan Smith

• POOR GRADES FOR TEXAS' INFRASTRUCTURE The Texas Section of the American Society of Civil Engineers released an updated report card Monday, giving the state's infrastructure a cumulative grade of C- over 13 areas. Of the three areas recommended for particular attention this legislative session, dams earned the worst grade, a D-. The report noted that 888 dams have been rated "high hazard" (probable loss of life) and 799 "significant hazard" (potential loss of life), yet no state or federal funding is in place to maintain and repair or even inspect them. Roads and highways fell to a D grade, and the ASCE recommended that the Lege "work on addressing the current lack of funding to avoid further degradation." Bridges earned a B- and the observation that the Texas Department of Transportation's "goal of 80% sufficient bridges still leaves approximately 10,000 non-sufficient bridges." (For details, visit www.texasce.org/docs/reportcard.cfm.) Meanwhile, hoping to get its fair share of the national economic stimulus package for infrastructure projects, the city of Austin has sent 1,032,296,350 dollars' worth of "ready to go" approved projects to the feds as part of a national list compiled by the U.S. Conference of Mayors (www.usmayors.org/mainstreeteconomicrecovery). – Katherine Gregor

• COAL PLANT PLANS CANNED Is the future of coal-fired electricity growing dim? First came the disastrous rupture of a coal sludge pond in December that spilled a billion gallons of toxin-laden muck into Tennessee's Emory and Clinch rivers – an event that may prompt stricter rules for the roughly 1,300 similar waste pools nationwide. Then, last Friday, investor-owned utilities Dynegy and LS Power announced they're dissolving a 2-year-old joint venture to build new coal power plants in six states including Texas (though it's unclear whether this will affect the Sandy Creek plant already under construction near Waco). Dynegy cited credit and regulatory barriers in a statement, but the Sierra Club's Oliver Bernstein credits greens' efforts to make permits harder to obtain and to keep operators strictly accountable to emissions rules, efforts that have taken nearly 70 plants off the table nationwide. Fighting the "coal rush" – or utilities' haste to permit new plants before carbon-capping legislation is enacted – is viewed as the single best way to combat global warming by the Sierra Club, Bernstein said. There are still up to 13 new coal plants in various stages of planning or development in Texas, down from 19 in 2006. For coal to be workable, says Bernstein, it must be burned cleanly, mined responsibly (i.e., no mountaintop removal), and not contribute to global warming. – Daniel Mottola

• SHOULD AULD ACQUAINTANCE BE FORGOT? Hundreds of revelers were left in the cold New Year's Eve when Capital Metro put its late-night service on detour with little warning. The transit authority encouraged Austinites to use the six Night Owl routes but put less effort into announcing that the buses weren't going to be where they normally are. Passengers gathered at the main Downtown pickup point at West Sixth and Congress, but the buses instead stopped four blocks away at Ninth and Lavaca. After a crowd had waited an hour in near-freezing temperatures, a supervisor was sent to tell the passengers they were in the wrong place. Cap Metro spokeswoman Misty Whited explained that, even though West Sixth was open to traffic, the decision to put the buses on detour was "a precautionary measure. The initial thinking was that there would be a lot of crowds even after the [First Night Austin] parade was over." Signs indicating the stop change had been put up the day before by Cap Metro's contractors, but by midnight, when the Night Owls started running, they had disappeared. "People just like to tear them down," Whited said. "Detours are an ongoing challenge for us." – Richard Whittaker

• BENEDICT OUT, BUTLER IN The Libertarian Party of Texas has appointed Robert Butler as its new executive director. A D.C.-based political consultant and former executive director of the Libertarian Party of Ohio, Butler replaces Austinite Wes Benedict, whose organizational skills have helped the party swell in recent years. Annual party fundraising rose from $58,000 in 2005 to $140,000 in 2008, and Benedict set a new candidate recruitment record for the party with 173 Libertarians up for elected office last November. Butler is no slouch when it comes to third-party politics, having won ballot access for the party in Ohio last year through litigation. State Chair Pat Dixon said, "Robert has big shoes to fill, but we feel we selected an excellent candidate." – R.W.

You Call This Progress?

The old building that housed the iconic Las Manitas Avenue Cafe was reduced to rubble Dec. 22, even though White Lodging Services has delayed indefinitely its plans to build a 1,000-room Marriott. The sudden demolition dramatically transformed this quaint, familiar block of Congress Avenue, uprooting not only the cafe but also the Escuelita del Alma Learning Center and the Tesoros Trading Co. gift shop. The two latter businesses have relocated, but it's uncertain when or if Las Manitas will reopen in a spot down the street.

There's an empty seat that needs filling on the Sunset Advisory Commission. The powerful legislative committee, which makes recommendations on state agencies, holds its final meeting of this review cycle on Jan. 14. But the new legislative session starts on Jan. 13; that means current commission member Sen. Kim Brimer, R-Fort Worth, will already have been replaced in his Senate seat by Democrat Wendy Davis. So what happens with his Sunset seat? Lt. Gov. David Dewhurst will make an emergency appointment. So even though Brimer's replacement missed out on the last year's worth of meetings, he or she will still get a vote on recommendations for several major and highly debated state agencies, including the Texas Parks & Wildlife Department and Texas Youth Commission. – Richard Whittaker 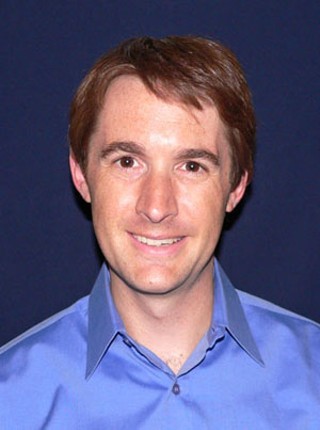 City Manager Marc Ott on Wednesday named two new hires to round out his executive team – both nationally recognized in their fields. The city's new budget director will be Ed Van Eenoo, currently director of budget and analysis for the city of Chula Vista, Calif., where he recently briefed the community on deep budget cuts recommended to close a current fiscal-year $4 million deficit and an anticipated $20 million shortfall next year. Van Eenoo has earned accolades from his national professional association; he starts Feb. 2. The city's new chief information officer will be Gail Roper. Currently CIO in Raleigh, N.C., she has 25 years of experience, including a stint as a division manager at the city of Austin in the early 1990s. An African-American, she was recently named one of the Top 25 most influential women CIOs in the country. She starts Feb. 17. Also starting in February is Chief Communications Director Doug Matthews, formerly the public communications director in Clearwater, Fla. Ott is nearly through filling numerous vacant positions to form his executive team, which features many fresh faces from other cities. Later this month, he expects to make his key remaining hire, a new human resources director, from a short list of candidates now in place. – Katherine Gregor