WilCo commissioners voted to renew the T. Don Hutto contract, apparently because it's good for children 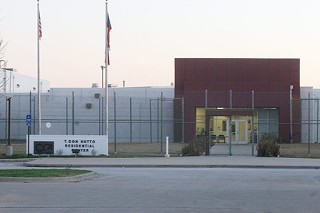 On Dec. 23, the Williamson County Com­missioners Court reinvented the commissioners' motives for renewing the contract for the T. Don Hutto Residential Center in Tay­lor, where U.S. Immigration and Customs Enforcement incarcerates families, including children, awaiting deportation or related legal procedures. Before voting to renew a 2006 contract naming the county as administrator of the center (and Correc­tions Corporation of America as operator), officials described the prison as if it were a home away from home where children laugh and play and are provided plenty of gym equipment and 22 computers.

"The international language, the smile, hasn't been removed from the children's faces," said Precinct 4 Commissioner Ron Morrison. "I talked to a little boy, and he liked it there," said Precinct 2 Commis­sion­er Cynthia Long. Then came a shout from the audience: "How would you like it if your child was in there?"

The court's newfound humanitarianism stood in stark contrast to its purely financial justification for signing the contract in 2005 and its panic in 2007 over possible county liability for an alleged sexual assault by a guard and employment of undocumented workers at the center. The new court perspective did little to appease the gathered protesters, who still remember when the first children were spotted in prison garb by Taylor residents and who have since sponsored vigils, walks, and forums that have fueled an international outrage over T. Don Hutto as a prison for children. Only Precinct 1 Com­mis­sion­er Lisa Birkman broke with her past record, casting the lone dissenting vote Tuesday.

During citizens' comments, area residents spoke passionately, and some broke into tears. "I was really shocked to hear about Hutto. I spread the word to any people I know," said Felix Peter Szafran. "Kids are in prison for no reason." Ann Brown noted that CCA's CEO made about $1.8 million last year "on the backs of children," adding, "This is on your conscience – this is on the conscience of everyone in William­son County." Retired Methodist Bishop Joe Wilson said, "We have not honored the gracious gift of life."

ICE has made some changes at the facility since last August, in the wake of an Amer­i­can Civil Liberties Union lawsuit and subsequent settlement. Among other things, ICE agreed to "provide a full-time, on-site pediatrician"; "provide privacy curtains around toilets"; and "allow children over the age of 12 to move freely about the facility." Judging by the images on ICE's website, it's also added playscapes and brightly painted hallways.

Jaime Martinez, executive board member of the League of United Latin Amer­i­can Citizens, told the Chronicle that during the presidential campaign, he brought the center to the attention of then-candidate Barack Obama. Obama said he hadn't heard that jailing of children was occurring, said Martin­ez, but "he looked me in the eye, and said, 'I will not run from immigration reform.'"

Before the vote, Morrison exhorted activists to "come up with a better way" than T. Don Hutto – Martinez told the Chronicle one has been available all along. "Congress appropriated funds to Homeland Security to detain immigrant families in a homelike, nonpenal system, and this has not been done," he said. Upon hearing of the commissioners' newest rationale for the prison – that it's good for children – Martinez commented, "If you put lipstick on a Doberman pinscher, it's still a Doberman pinscher." 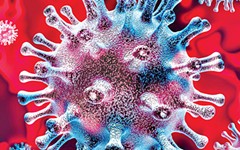 Amid New Immigration Policies, Local Attorneys and Immigrants Navigate a Broken System
Lawyers say the system has been thrown into "chaos"