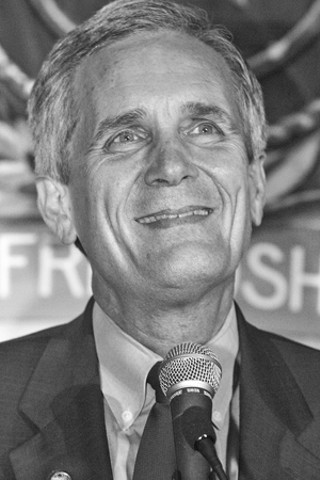 2) "The district attorney is a woman – how cool is that?"

3) "History appears poised to confirm what most Americans today have decided – that the decision to invade Iraq was a serious strategic blunder."

– Austinite and former Bush press secretary Scott McClellan spills the Bush beans in his new book, What Happened (May 30 issue)

4) "Protect them from losing their wits, their nerves, or their souls in the heady atmosphere of local governmental affairs so that we the people may flourish in a city blessed with liberty and peace and justice."

– The Rev. Joseph C. Parker Jr., of David Chapel Missionary Baptist Church, in his invocation at the swearing-in of the new City Council (July 4 issue)

5) "We have ... become a nation of whiners. You just hear this constant whining, complaining about a loss of competitiveness, America in decline."

6) "She's not prepared to be governor. How can she be prepared to be vice president or president? Look at what she's done to this state. What would she do to the nation?"

8) "She couldn't get elected if two of her opponents died." 9) "People who are militant Darwinists ... want to pull out that language and treat evolution ­separately than how we teach all other theories."

– State Board of Education member and creationist Terri Leo, who supports changing the way science is taught in public schools (Nov. 28 issue)

10) "Happy New Year, Austin! We'll be home for Christmas, if only in our dreams."

– Jennifer Gale, scheduled to speak Dec. 18 before City Council but found dead the morning before, outside a North Campus church (Dec. 19 issue)