Finding a Way Back Home

Who's looking out for Austin's returning veterans? 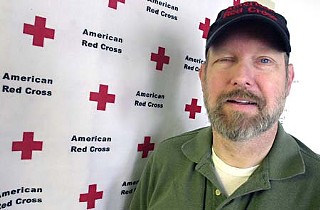 Whether the wars in Iraq and Afghanistan end tomorrow or continue for years, the number of military veterans returning to civilian life is certain to rise. While recent attention to this issue has centered on the U.S. Department of Veterans Affairs and Obama's proposed appointment of Gen. Eric Shinseki as its new secretary, local agencies are also playing an increasing role in linking veterans and their families with available aid.

As the city of Austin veterans consultant – the first such position of his kind in the nation – it's Allen Bergeron's job to look after the human resources needs of the roughly 1,000 city employees who are either veterans, reserve personnel, or in active service. Most city departments have some servicemen and -women, though many are concentrated in the police, fire, and EMS departments. When Bergeron was hired last year, the city had received a five-star rating from Employer Support of the Guard and Reserve (a volunteer agency within the Department of Defense) for exceeding the requirements of the Uniformed Services Employment and Reemployment Rights Act. In June, it was one of only 15 employers nationwide to receive the Department of Defense Free­dom Award. For Bergeron, making deployed staff members' departure and reintegration as painless as possible isn't just about statutory requirements. "One of the key things I tell managers is use compassion and common sense," he said.

Bergeron estimates there are normally between 17 and 22 city employees on active deployment. Traumatic as it can be for them to get called, he said, it can also be a shock to their co-workers: "It can come out of the clear blue on Saturday that someone's leaving on Sunday, and we won't find out until Mon­day." When employees are deployed, Bergeron's focus is on taking at least one weight off their minds, he said: "City employees know that as long as they fulfill their responsibilities per USERRA, they'll have a job when they get back." But his major priority – especially with rising rates of post-traumatic stress disorder and traumatic brain injury – is cushioning the employee's return. That can involve anything from organizing a "welcome home" party to ensuring that an employee's certificates are still valid to pointing them to counseling services provided through national agencies such as Military OneSource or the new Austin Vet Center. "We're finding out that the stress level is overwhelming – something the average American can't fathom," he said. "They go from the streets of Baghdad or the mountain trails of Afghanistan to their desk at the city of Austin in a matter of a week or two."

He hopes private employers also follow best practices – least of all because USERRA noncompliance leaves them open to lawsuits. His advice to businesses is to contact Employer Support directly. "It protects employees and employers," he explained, "because both have rights and responsibilities on their end."

Other agencies provide support for veterans, including charities. In 2005, Paul Wil­liams trained to become a military casework volunteer for the American Red Cross of Central Texas and now does military casework full-time. In October alone, his office opened 86 cases, mostly requests for emergency leave. When service personnel or civilians contracted to the Department of Defense need to return home urgently, their commanding officers require some proof of need. "They know that when a message comes in from the Red Cross, it has been verified with an independent third party," he said.

There's also financial assistance. If there's no military aid society office within 50 miles of an applicant's home, the Red Cross becomes the conduit for loan and grant applications. Williams has seen the number of applications and message requests increase as redeployments become more common. "We're having a lot more families in our nine-county area who are not within a close proximity to an active-duty military base like Fort Hood," he said. "They're needing the services, and there's no one there to provide them."

National Guard families are hit particularly hard. "The person who has been activated may be making quite a bit more money in their civilian positions. But they've been deployed for 13 months, then there's their predeployment training, their post-deployment debriefing, so you're looking at anything from 18 months to two years where their financial situation may be considerably reduced." Now the Red Cross takes a pre-emptive role, providing a course called Coping With Deplo­yment: Psychological First-Aid for Military Families. "Basically, it's trying to provide military families with ... the resources to help cope with the deployment of their loved one," said Williams.

As the first city veterans consultant in the country, Bergeron is still learning about new programs like these, but he feels people understand the purpose of his office. "When we went into this, we made sure that we let everyone know that it was not political," he said. "Regardless of who we support or what we believe in, someone has a friend or a relative or someone they know who is over there, and we're here to support them."

Resources for Servicemen, Servicewomen, and Their Families