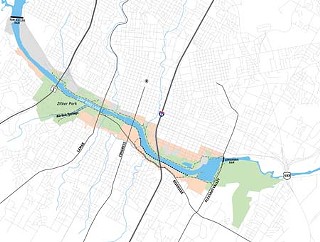 It's been a banner year for urban design and planning projects in Austin. With so much going on, it's challenging to keep track of all the city's concurrent initiatives – even for those involved. This week's column is a roundup of efforts related to Lady Bird Lake; the next column will provide an update on Downtown and citywide planning. All of these projects deserve citizen attention and energy in the new year, as they'll shape the livability of tomorrow's Austin.

Municipal planning efforts this year have been notably transparent and inclusive of public input – for which the city deserves real kudos. On the downside, weak cross-project communication is evident among the various staffers, departments, council sponsors, consultants, commissioners, and task-force members involved. Opportunities for synchronicity are often missed. Reach out and touch one another, y'all! Proactively share reports, trade briefings, CC e-mails. Kiddie-songster Raffi got it right: "The more we get together, the happier we'll be."

Breaking into a jogging pace this year has been an overwater solution to close a 1.1-mile gap in the south-shore hike-and-bike trail. Last fall, the Trail Foundation and Mayor Will Wynn led council to approve $1.7 million for preliminary engineering and design work. That has culminated in an early construction design prepared by Jacobs Engineering Group. An update was presented to the Parks board Dec. 16; that material and much more is posted on the city website.

The drawings show a proposed route along with structural components that vary with the topography and conditions. The components include galvanized steel set on pilings spaced every 20-25 feet, solid concrete with hefty supporting piers every 50 feet, and a floating system. All have waist-high guardrails. The intent is to keep the boardwalk low-profile and as close to the shore as possible – though some portions could be up to 30 feet away. A 14-foot width would allow multiple uses and two-way traffic without overcrowding.

This concept map for the Boardwalk Trail outing - with on-land and overwater portions as shown - was presented to the Park Board Tuesday. Download a PDF of this map

The aesthetic design, to be addressed by Limbacher & Godfrey Architects, is to be done next – not an ideal integration. Fred Schmidt, an affected Riverwalk Condominiums resident, expressed concerns at a public hearing this fall that the construction design is being finalized without full integration of the aesthetic and environmental impacts or residents' concerns; his homeowners association is now getting involved. He encouraged citizen scrutiny to ensure that the final boardwalk design enhances the beauty and habitat of the lake and doesn't become an overengineered eyesore. Other critics have suggested that City Council should direct staff to first seek all possible on-land rights from lakeshore property owners; that could include the rights to attach a level boardwalk to challenging cliff portions of the terrain.

The city held several communitywide meetings this fall and surveyed Austinites on their preferences to inform the design process. (Comments are posted online and can still be submitted.) In its comments, the Trail Founda­tion noted, "Citizens who view the structure ... should see something attractive with some design elements that are deliberately pleasing to the eye and in keeping with the urban environment nearby." The group called for the design to support multiple, simultaneous uses (runners, bicyclists, dogs, strollers, wheelchairs, bird watching, fishing) while respecting lakefront property owners. "We should explore how this bridge can be built with materials and methods that are as environmentally sensitive as practical and possible," the foundation stated. It called for provisions to improve wildlife habitat and for supporting amenities: signage, native-plant gardens, shade structures, drinking fountains, trailheads, and more.

The "look and feel" design work should begin in January, with construction documents completed by early summer. Then comes the challenge of raising the $12 million or more in estimated construction costs; the Trail Foundation has committed to privately raising up to $5 million for the project. For more, see www.cityofaustin.org/boardwalk.

Developers pursuing new shoreline projects are a promising funding source for the boardwalk project, so the recommendations of the Waterfront Overlay Task Force have a direct bearing on its viability. A core issue: how to trade public benefits – such as a trail easement on land and/or a generous boardwalk donation – for the "bonus" rights to add some project height and density. For now, the recession has taken the pressure off, as no new high-rise projects are likely to start soon.

Since May, this citizen advisory group has been scrutinizing the protections to shoreline land along Lady Bird Lake – to ensure open space and quality urban design – codified in the city's Waterfront Overlay Ordinance. On Dec. 18, City Council gets a culminating briefing on the task force's findings and recommendations.

Protests over a proposed 200-foot condo project at 222/300 E. Riverside, seeking variances to build close to the shoreline, had revealed conflicts and ambiguities in the WO Ordinance, including height restrictions in the original 1986 ordinance that had vanished without public notice. CWS Capital Partners, the project's developer, announced in April a modified plan that won the support of community groups; it set buildings 200 feet back from the shoreline, established a maximum height of 96 feet, and pledged a trail and parkland easement.

While group members have been unified around the mission of preserving the amenity of our urban river for future generations, at times they've hotly debated the details. Consen­sus was reached more readily on the need for a density-bonus system allowing developers to increase projects from a baseline height of 60 feet to 96 feet. More contentious: Should the WO Ordinance leave open the possibility of going even higher on selected tracts in exchange for truly dazzling public benefits? The task force ended up almost evenly divided on that issue.

Meanwhile, ROMA Austin is beginning work for the Downtown Austin Plan to craft a density-bonus system that addresses essentially the same issues. That will entail a robust expectation that the "give-backs" by developers equate to the real value of the additional height and density they receive. Yet to date there has been no coordination between these efforts. To reduce the angst, council would do well to start from the system developed for Downtown – by urban design experts – then modify it for the Waterfront Overlay, with a watchdog body to review variance requests.

City staff and the 15 volunteer task force members – representing boards and com­mis­sions, neighborhood advocates, and the development community – deserve commendation for their long months of combing studiously through the fine points of subdistrict setbacks, variance requests, density bonuses, conditional uses, and height restrictions. The task force has also made a number of other recommendations, such as stronger city protections for mature trees along the lakefront. While its charge is now fulfilled, the group requested standing to review any revised ordinance language developed by city staff, before it's presented to council. Now it's time for our elected officials to assert their waterfront will. For more, see www.cityofaustin.org/council/wotf.htm. 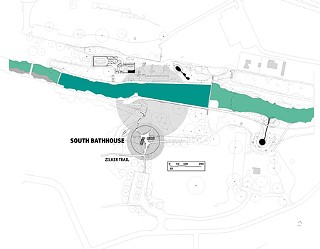 Also on the Dec. 18 council agenda – this time set for action – is Concepts for Pre­ser­va­tion and Improvement of Barton Springs, on which council was briefed Dec. 11. A long public planning process has yielded a set of recommended projects to "return the site to its former glory." As with the Boardwalk Trail, Limbacher & Godfrey Architects is consulting, with a Parks and Recreation Board/Environ­mental Board Joint Subcommittee serving as watchdog.

Council is expected to authorize the recommended short-term projects, which include basic repairs and improvements. That's the only portion funded in this city budget; schedules and costs are posted online. (Unfortunately, the pool's bypass tunnel recently sprang a leak; those repairs alone could blow the budget.) The work includes attention to tree health and new plantings; a rehab of the historic bathhouse, with new solar water heaters; new interpretative and educational materials for the public; sunken garden repairs; and a pilot study for ultrasonic control of that slippery green algae.

The long-term projects that were recommended now seem unlikely to proceed without bond or private funding, given the shrinking city budget. They include improvements to enhance water quality, grounds, and amenities, such as concessions and restrooms. Elements that sparked controversy – such as a new south-shore bathhouse – will get another public airing if put to a vote in a future bond-issue referendum. "It is hoped that they will not be forgotten," states the master plan report rather plaintively. See more at www.cityofaustin.org/parks/bartonspringsmp.htm. 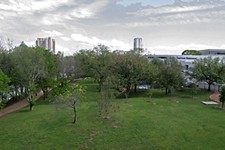