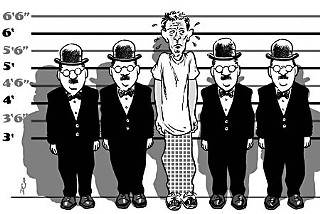 According to a new report released by the Justice Project, the Austin Police Depart­ment "meets the minimum legal requirements" for administrating live and photographic lineups of criminal suspects – but it "does little to ensure that its lineup procedures provide the best evidence possible in any given case."

The nonprofit contacted more than 1,000 police departments across Texas requesting policies and procedures for lineups; 750 departments responded, but just 88 had any written protocols for administering lineups – and among that group, the Justice Project found that the policies and procedures provided are "largely inadequate" and are "inconsistent across departments." More than 600 departments – including the Travis Co. Sheriff's Office – returned a form affirming that they have no written policies governing lineup procedures. (Another 284 departments failed to respond to the group's requests, as required by the Texas Public Information Act. The group has sent those agencies a second open records request and has contacted the Texas attor­ney general's Open Records Division.)

The Justice Project is calling for legislation that would improve the quality of eyewitness identifications and implement best practices for the administration of lineups. "This overall lack of sound, scientifically-based policy indicates that the State of Texas must pass legislation that requires departments to adopt written policies that implement best practices for the conduct of eyewitness identification procedures," reads the report. Those best practices involve four issues: eyewitnesses should be given a cautionary instruction – typically a warning to the witness that the perpetrator of a crime might not be included in the lineup; police should take care with the lineup composition, making sure that each person included in the lineup generally matches the witness description of the suspect (a way to make sure that no one person stands out); police should use blind administration to make sure that the investigator doesn't give overt or subconscious cues to the witness regarding which suspect to select (ideally, the lineup administrator would have no connection to the case); and police should fully document the lineup – if not with video cameras, police should at least be sure to ask a witness how confident they are in their selection and should be sure to document those statements prior to the witness being given any "confirming feedback," said Edwin Colfax, the Justice Project's director of statewide reform campaigns, at a Capitol press conference Nov. 19.

Amazingly, the group received policies from only 43 departments that required some form of cautionary instruction to be given to eyewitnesses (arguably, the easiest reform to implement); 69 departments provided policies regarding the composition of the lineup, but only 53 included best practices; just seven departments use blind administration – including the Richardson PD, which is the leader in eyewitness identification reform in Texas; and just four departments "require full documentation of lineup procedures and ask for a confidence statement from the witness," reads the report.

Unfortunately, according to documents received by the Justice Project researchers, APD is not currently in step with any of these best practices. The department does not require a cautionary statement, does not require documentation of the procedure (only a written statement of confidence, if the witness selects the police suspect), and does not use blind administration (the policy mandates only that "detectives will in no way aid witnesses/victims in the identification of a suspect," which ignores the possibility that nonverbal cues or encouragement can be a problem in the identification process, the report notes). While APD does have a detailed procedure for the composition of a live lineup – providing for suspects who resemble one another, to cut down on obvious fillers or suspects – the department has no such policy for photographic lineups, which are used far more often.

APD Cmdr. Julie O'Brien says that although it isn't reflected in the department's written policies, some of the department's units – including homicide and robbery – use an "admonition" that the suspect may not appear in the lineup. However, she wrote to the Chronicle, APD will "evaluate that practice further for possible implementation department-wide." While the department's practices for composition fairness are "sound," she said, she believes there is "merit" to reviewing the recommendations of the Justice Project – so, too, for documentation procedures. The Justice Project recommendations are "generally" what is contained in the written statement APD detectives take after the lineup, but she said that APD "can do a better job of ensuring consistency by having a specific policy that describes the purpose of the written statement and what should be contained within it." Finally, O'Brien said that implementing blind administration will "require continued discussion and evaluation" – APD is "certainly not closed to the idea," she wrote, and the Justice Project "report raises some valid points," but the department needs first to "hear feedback from those actually presenting the photo and live lineups about any possible problems with using a blind administrator before mandating it department-wide." APD is always open to reviewing its practices, she wrote. "We are all on the same page here. No one wants an innocent person incorrectly identified as a suspect, no one wants to delay the closure and justice due the victim because an incorrect ... identification has been made, and no one wants the police to waste investigative time pursuing an innocent person."

Travis County Sheriff's Office spokesman Roger Wade says that while the office doesn't have a written policy, it does address lineup procedures when training detectives, and it largely follows APD's procedures. TCSO detectives do offer a cautionary statement to witnesses and take pains to make sure lineup composition is fair – if the suspect photo is black-and-white, for example, all the filler photos must be black-and-white also. Detectives tell witnesses not to select anyone unless they are 100% confident in their selections, and while they don't always have an officer uninvolved in the case administer the lineup, the detectives "take great pains to make sure [the witness] doesn't have a clue" who the suspect is. That said, Wade added that Sheriff Greg Hamil­ton is not opposed to adopting a written policy and that since the issue has been brought to his attention, it "might be a good idea" to do so.

Sen. Rodney Ellis, D-Houston, has already filed a bill (Senate Bill 117) that would require all law enforcement agencies to adopt written policies that reflect the best practices for lineup administration (and would have the Texas Commission on Law Enforcement Officer Standards and Education develop a model policy and "associated training materials").

While the lineup best practices have been around for nearly a decade, says Iowa State University psychology professor Gary Wells, who has spent three decades studying eyewitness identification, they still have not been widely implemented. Nonetheless, when employed, solid eyewitness identification procedures cut down on the chance of misidentification – not only helping prevent wrongful conviction but also helping police run more efficient and targeted investigations. Indeed, says Colfax, eyewitness identification is much like forensic trace evidence: "If it is not collected carefully ... it can be tainted and can be ruined." With the Lone Star State's status as the leader in the exoneration of the wrongfully convicted, Colfax says, "It is increasingly reckless to go on without standardizing this type of police work." And implementing these basic reforms is also an easy way to return a modicum of integrity to the criminal justice system, Wells told members of the state's Criminal Justice Integrity Unit last month. These procedures instill "confidence back into the system because it removes [the system] as a contributor to mistaken identification," he said. "And it is now a contributor."

A set of “best practices” for conducting police lineups has been around for at least a decade and has been endorsed by varying groups, including the U.S. Department of Justice, the International Association of Chiefs of Police, and the American Bar Association. Still, the guidelines have not been widely implemented. Experts recommend that lineup procedures include four key safeguards:

• A cautionary statement given to witnesses, prior to viewing the lineup, that the suspect might not appear in the lineup.

• A photo or live lineup that is fair in composition, with each individual resembling the description of the suspect provided by the witness.

• Blind administration, meaning the officer conducting the lineup doesn’t know who among the group is the suspect.

• Full documentation using video or audio, if possible. If not, police should be sure to have the witness write a statement of confidence about the chosen suspect prior to receiving any feedback from police.