Nathan Winograd makes his case for 'taking back' the animal center

In one of his many and various blog postings, animal-welfare author, consultant, and activist Nathan Winograd proudly accepts the epithet "No Kill Bully." During his Oct. 17 talk in Austin, Winograd did his best to live up to this self-advertisement.

Winograd – director of the California-based animal rights advocacy group No Kill Advocacy Center and owner of consulting firm No Kill Solutions – was the keynote speaker at the City Hall forum sponsored by animal activist groups FixAustin.org, Austin Siamese Rescue, and the Central Texas Animal Alliance. He spoke at the Road to No Kill Austin forum, addressing primarily the issue of Austin animal shelter deaths – currently about 13,000 annually. Before an enthusiastic crowd, Winograd categorically condemned as an abysmal failure Austin's record of protecting the lives of homeless "companion animals." "Your shelter," he said, referring to the Town Lake Animal Center, "is nothing more than a 19th century anachronism [guilty of] killing in your name."

Paying the "ultimate price," he charged, are those animals "unfortunate enough to enter a shelter that has not embraced the culture of lifesaving by full and rigorous implementation of all of the programs of the No Kill Equation." NKE is a 10-point regimen, recommended by Winograd's consulting service, that promotes ramping up sterilization, foster care, adoptions, and volunteerism. Winograd advocated a "regime change" in Austin, sounding the call to activists: "It's your shelter; I urge you to take it back." Winograd told the audience that NKE could end the killing "virtually overnight." He explicitly equated the welfare of abandoned or feral animals with that of abused children. "I want you to imagine if Child Protective Services took in abandoned or abused children and killed them," he speculated. "We should not tolerate this for animals."

In a scathing retrospective of sheltering history, Winograd chastised the American Society for the Prevention of Cruelty to Animals and other national animal-welfare organizations for saving a few and killing the rest for more than a century, as he similarly accuses the Town Lake Animal Center of doing. Winograd lauded Rich Avanzino, former president of the San Francisco SPCA, who in the 1990s pioneered the "adoption guarantee": a promise that no healthy or treatable pet would be euthanized. The San Francisco approach became the starting point for the No Kill movement. Yet Winograd simultaneously excoriated Ed Sayres, Avanzino's successor at the San Francisco SPCA, claiming Sayres had dismantled Avanzino's programs.

Sayres denies that charge. As the current president of the national ASPCA and the architect of a nationwide pet-adoption program known as Mission: Orange, a mystified Sayres told the Chronicle he was the one who hired and then promoted Winograd to "operations director" in San Francisco – a job Sayres said Winograd held just a week and a half before resigning. That tenure makes Winograd's online promotion of his book – Redemption: The Myth of Pet Overpopulation and the No Kill Revolution in America – rather misleading. The promotional material describes Winograd as the former "director of operations for the San Francisco SPCA and executive director of the Tompkins County SPCA [New York], two of the most successful shelters in the nation."

At Tompkins, where he served for three years, Winograd did successfully promote the adoption of hard-to-adopt animals (the bane of many shelters and the crux of achieving No Kill), partly with clever advertising. During his Austin talk, he displayed clever video ads of animals "speaking" to prospective owners, which he said he had broadcast in Tompkins County with good results. "I am blind. I also had to have one eye removed," declares one kitten. An "average" cat, passed over hundreds of times, implores owners to adopt "a fine fella, down on his luck." Winograd told how an NYC shelter offered, for six months, about 200 kittens ostensibly rescued from a warehouse fire by a mother cat, Scarlett (although in fact the cat had plucked only six real offspring from the flames). "The moral is not to lie," Winograd quipped; the moral is to "ask the public for help." The mandate for Austin, he said, is to increase on-site and off-site adoptions. That cages at TLAC sit empty, he charged, while workers are "in the back" killing animals is "outrageous."

Winograd strongly censured the ASPCA's Mission: Orange in Austin, a partnership including the Town Lake Animal Center that is based on communitywide collaboration, with increased adoptions as its primary goal. The national mission, according to its website, is "to create a country of humane communities ... where there is no more unnecessary euthanasia of adoptable animals." The goal is to reach a 75% live-release rate by 2010. Results of the just released Mission: Orange Austin biannual report show progress in all areas: decrease in intake, 9%; increase in live-release rate (which includes safe return to owners), 6.5%; increase in adoptions, 7%; and decrease in euthanasia, 5%. Mission: Orange's strategy is not good enough for Winograd, who said afterward that the leaders who ran Austin's No Kill Millennium campaign, which "failed miserably," now run Mission: Orange. A 90% save rate is the No Kill Equation standard, met recently, he claimed, in Reno, Nev., and other communities. "Failure to implement the NKE is the culprit," he concluded. "It is why animals continue to die in Austin."

City and shelter officials defend Austin's progress. Officials concurred that the animal shelter is in need of an overhaul – justification, in fact, for the already planned $12 million shelter approved in a 2006 bond election. "The center is dilapidated," acknowledged Town Lake Animal Center program development manager Amber Rowland, who oversees adoptions. She added, "We have dogs chewing on rebar, gates that fit crookedly, peeling paint" – but, she continued, "making people hate the shelter doesn't necessarily help the animals." Overall, she said, she found Winograd's comments "hurtful."

Rowland also bristled at Winograd's claim that the planned East Austin location is in the "boondocks" and thus will deter adoptions. "I don't know how people in this neighborhood would feel about that description," she said. Health and Human Services Director David Lurie said he found Winograd's NKE strategies to be "pretty encouraging" – but "frankly, reinforcement" of what Austin is already doing. "I think we're doing most all of the elements of the equation," he said.

Speaking up for shelter workers in general, Jeanne O'Neil, who is involved in dog-rescue efforts, said: "Working in a shelter is a hard job. Shelter workers put their hearts on the line every day, and if they weren't willing to do that, who would take care of the animals?" As to Winograd's demand for a regime change, Sayres said: "I think [TLAC Director] Dorinda Pulliam is a very effective leader. I have more experienced people assessing this than anything Nathan brings to the table."

After the forum, during a brief interview amplifying his prepared remarks, I also asked Winograd whether he welcomed the support of radical animal rights groups that have committed (or taken credit for) violent actions, in what they describe online as support for Winograd's No Kill programs (for example, www.animalliberationfront.com/News/2007_12/LindyLAMagInterview.htm). Winograd answered that question and others but later responded by enlisting a local attorney to denounce the question as inflammatory and to suggest that further questions would be subject to legal review. On his blog the day following his talk, Winograd blasted this yet-to-be written Chronicle story: "Despite the support and enthusiasm of the crowd, and the promise that a focus on the No Kill Equation would mean for the homeless animals of Austin, there was one hostile attendee: a reporter who lashed out at me for questioning the city's effort and those of the shelter and posed questions of an inflammatory and defamatory nature. No effort was made to simply report the news; investigate fairly; or pretend to be professional and lack bias." (See www.nathanwinograd.blogspot.com.) The audio recording of our brief conversation reflects nothing of the kind, only questions asked and answered. Winograd said that he was not affiliated with such violent groups and, as a former prosecutor, believes in pressing charges if such illegal acts had occurred.

However, his pre-emptive reaction to a story that hadn't even been published didn't end with me. According to a subsequent blog posting, Winograd claimed to have identified a Chronicle source and purported to "out" one of his former contacts in the animal-welfare community. At great length, he vilified her reputation, accused her of misinforming reporters about his record, and more specifically accused her of being the source for material for this story – a story that hadn't even been fully reported or drafted yet, let alone published. (For the record, Winograd's putative enemy was not a source for this story.)

Some local activists point to Winograd's methods and the NKE as the singular solution to the reform and improvement of Austin's animal-welfare efforts. Considering his approach to animal-welfare workers, not to mention anyone who might question his methods, Austinites may find themselves asking if they would care to treat a dog this way. 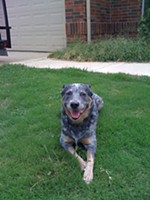