This year's judicial races, statewide and local, are not white-knuckle rides. In Travis County, for example, there's only one race with more than one candidate on the ballot. In the one contested race – for the 427th District Court, between GOP Judge Melissa Goodwin and longtime Dem Magistrate Judge Jim Coronado – Coronado will benefit from heavy Dem voting and is a good bet to upset the moderate, Gov. Rick Perry-appointed Goodwin. It's not clear how much that same surge will help justices upballot, on the state Supreme Court and Court of Criminal Appeals. In Places 7 and 8 on the Supreme Court, Dem challengers Sam Houston and Linda Yañez could surprise against GOP incumbents Dale Wainwright and Phil Johnson.

On the Austin-based 3rd Court of Appeals, there is just one seat in play – and that race, for chief justice, is as close to a sizzling judicial race as we're going to see this year. The 3rd Court is one of 14 intermediate appellate courts in Texas. It serves 24 counties in Central Texas and hears both criminal and civil appeals; its Austin base also gives the court jurisdiction over administrative disputes involving state agencies and therefore a wide variety of issues – from licensing disputes to environmental regulations – with statewide ramifications.

Incumbent Chief Justice Kenneth Law is a civil attorney who was the court's clerk in the mid-Nineties. He was elected to the bench in 2002 in the Republican takeover. Law did not return calls from the Chronicle, but according to his campaign website (www.chiefjusticelaw.com), since taking his seat he has "strive[n] to make sure that our court system provides fairness to all who come before it." Back in 2005-2006, he was ranked the second most productive appellate judge in the state. 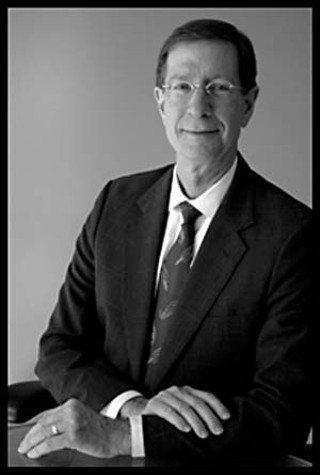 Challenging Law is Democrat Woodie Jones (www.woodiejones.com), who served on the 3rd Court from 1988 to 2000, when he lost his seat to Judge David Puryear. Jones has since been in private practice but calls serving as an appellate judge the "most satisfying, rewarding thing I've done in my professional career." He decided to run again after hearing of "more and more dissatisfaction" with the way Law has been doing his job. "I would not run against anyone, Democrat or Republican, that I thought was doing a good job," Jones says. He says the problem is that Law hasn't been very productive, and the court's backlog has "really developed over the last six years."

Indeed, according to records maintained by the Office of Court Administration, at the end of fiscal year 2007 (the most recent numbers available), the 3rd Court had, by far, the greatest backlog – an average of 28% of the cases on the docket had been pending opinion for more than a year. (The second largest backlog is at the 1st Court in Houston, which had an average of just 4% of cases pending for more than a year.) OCA records also show that Law authored the fewest opinions. "Judge Law is actually the slowest judge on the [court]," Jones said. "So we've got the slowest judge on the slowest court in the state." If elected, Jones says, he'd like to "lead by example," keeping his docket up-to-date, but also would like to find ways to help the court as a whole keep current. "If one or another judge begins to get behind, I think that the chief judge has a responsibility to go to that judge and crack the whip or offer to help or offer suggestions to get that judge current again." That's the way things were when he was on the court, Jones says.

To be fair, the speed with which an opinion is delivered isn't necessarily the best indicator of the quality of justice. Complicated cases take time to research, vet, and write, in order to articulate a standard that can actually help lawyers and courts navigate the law. But those kinds of heavy-duty cases are not common – and critics say that the 3rd Court's recent decision in the appeal of the Tom DeLay campaign-money-laundering case is an example of how members of the current court, including Law, can be slow and partisan to the point that justice is ultimately delayed and effectively denied.

In that case, former U.S. Rep. DeLay and two associates were accused by Travis Co. District Attorney Ronnie Earle of breaking campaign finance law that bans the use of corporate dollars in Texas campaigns, by laundering $190,000 in corporate funds and turning it into donations for GOP state House candidates in 2002. DeLay appealed to the 3rd Court, seeking to have the charges dropped. A three-judge panel of Law and Judges Alan Waldrop and Bob Pem­ber­ton heard the case two years ago. It wasn't until this August that they finally issued an opinion – wherein Waldrop reasoned that the money-laundering law that DeLay was accused of violating only covered payments with "cash" and not those made by "check" – in essence giving DeLay and pals a chance to skate. (Waldrop worked with Texans for Lawsuit Reform when the group helped DeLay associates plan for the 2002 elections – a stunning appearance of impropriety and perhaps conflict of interest. Earle is asking that the full court review the decision.) Whether Law's involvement in the affair will hurt his chance for re-election is uncertain – he does have a catchy ballot name, and voters outside Austin might not be familiar with this recent scandal or may not really care.

Jones would not comment on the DeLay case – or any other case pending before the court – but said that he is concerned that amity on the bench has eroded. "When I was on the court, it was a very collegial court – there was loyalty to the system, to the law, and to each other," he said. "I don't know that there's that [kind] of collegiality on the court right now."