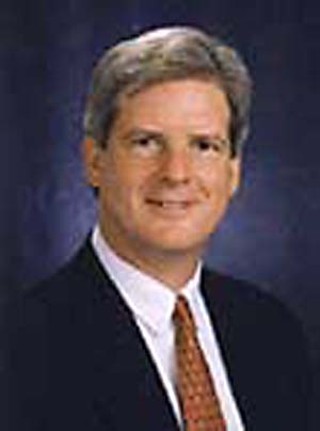 And then there were five.

That's still a bit presumptuous: We don't know certainly who will be running for mayor in 2009, when Hizzoner turns back into Citizen Will Wynn. But the smart money has, for some time, tagged the following hopefuls as potential mayoral candidates: Brewster McCracken, Lee Leffingwell, Jackie Goodman, Mike Levy, Carole Keeton Strayhorn ... and Bill Spelman.

Well, now comes word that Spelman ain't in the running ... for mayor, at least. Instead, he informally announced late last week that he'll be running for the council seat being vacated by McCracken. (If somehow hell freezes over and McCracken decides not to run for mayor, term limits still prohibit him from another go at the same seat, except by petition.) Coincidentally, it's Spelman's old seat, Place 5, where he served from 1997 to 2000.

"I want my old job back, basically!" Spelman jokes.

So what, exactly, has rekindled the flame? "The short answer," Spelman says, is "the flame never really went away," but he couldn't run for re-election in 2000, what with other considerable engagements: A professor at UT's LBJ School of Public Affairs, Spelman "had a million bucks coming in from the federal government" to train new police officers. With it, he established 37 "regional community policing institutes" in Texas and around the country. As you might imagine, between that and his day job, it made for a demanding schedule. "I've been working with police officers basically my whole adult life – I wrote the proposal before I ran for City Council," he says. "One day I found out the grant had been funded, then the next day I found I won my election ... in 1997."

Still, it's notable that all the early word had Spelman eyeing the mayor's office, not returning to the dais as a council member. So what changed? "I concluded that although I could mount a successful campaign to do it, I'd have to be very divisive." Saying he'd likely appeal to "a base of environmental and neighborhood groups," which he'd be "very comfortable doing," he also felt as if he'd have to go on the offensive as a change agent against the current council, especially considering he'd be facing two of its current members. "I'd have to breathe fire and brimstone, and that's not my personality."

One has to wonder also if the emergence of fellow council ex-pat Jackie Goodman for mayor signaled to Spelman a potential splintering of the BATPAC-and-Birken-stock progressive neighborhood posse. He allows this as a possibility, pivoting back to the inclusiveness he seeks in running for Place 5. Running for mayor, he'd have to appeal to that base, but, he says, "one of the advantages for running for Place 5 is I don't have to," at least not exclusively. "We can't write off the business community. ... The kind of problems we're likely to have over the next few years will be very different" from years past, Spelman says. He foresees the current national economic crash to be long-lasting, requiring the expertise of business interests to stave off further local reverberations. "We're all gonna have to be on the same side to have this work. ... There are great advantages for running for a City Council seat: It's not gonna be as crowded; it's not gonna be as tough a fight."

That's not to mean there won't be one. While chatter about council campaigns has so far focused more on who's not running (so far, spring also-rans Robin Cravey and Cid Galindo, plus former mayoral aide, Cap Metro employee, and karaoke champ Matt Curtis) than who is. But as recently reported by In Fact Daily, former Planning Commission member Chris Riley is planning a run for Place 5 also, according to friends.

It's still quite far out. Candidates aren't allowed to raise or spend any funds earlier than 180 days out from an election, although it hasn't stopped some from having meetings on the subject or, as in Spelman's case, speaking to the press. (This isn't his official announcement, by the way, but an "informal" statement of intention.)

The next month should be stocked with similar announcements and revelations. So while many of us may be thinking the politicking's over on Nov. 4 – closer to home, it's just getting started.

Council's off this week, but the Hustle ain't: wells@austinchronicle.com.