Dowd, on This Historic Moment 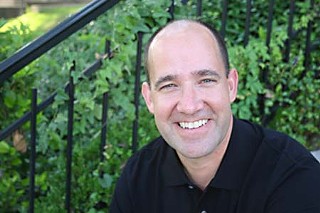 Matthew Dowd isn't mincing his words about Nov. 4. "We're on the verge, barring something happening, of Obama becoming president in one of the most historic elections."

Dowd knows something about momentous elections. A former aide to Democratic Sen. Lloyd Bentsen, as senior strategist and pollster for George Bush's presidential run in 2000 and then chief campaign strategist for Bush-Cheney '04, he was at the table when the current administration was born. Even after his public break from the Bush administration over its failure to live up to bipartisan promises ("I think the biggest part of his legacy will be missed opportunities"), the Austin-based media consultant and analyst for ABC News still has a reputation for levelheaded statements on the state of the body politic. He speaks in very blunt terms about the expected results and the magnitude of Nov. 4: "The fact that we're about to elect the first African-American presidential candidate is going to change the way we look at ourselves and the way the world looks at us."

In Dowd's opinion, part of what makes this presidential election so important is not who's running but what names are absent from the ballot. "This is the first post-Bush, post-Clinton election in a long time," he said, "and I think each party is searching for what its future is. I think the Democrats are in a much better position because they have someone who is a generational candidate, Barack Obama, and they're much better positioned for stepping into the future than the Republicans." That weakness for the Repub­licans, he suggests, couldn't have come at a worse time, since Democrats have been so effective at reaching out to young voters. If the Obama campaign can mount a successful get-out-the-vote movement aimed at first-time voters, it could be a generational game changer. He explained: "That's a big thing, like in 1980 and 1984 when Ronald Reag­an picked up a large amount of the youth vote. Your first and second votes are usually the vote you hold for 20, 25 years, and that's why it's so important this year and so important for Democrats."

Under the surface of electoral politics, in the back rooms and boiler rooms of the campaign, is where there could be the most subtle change. Dowd teaches the graduate course in modern American political cam­paign­ing at UT's LBJ School of Public Affairs. There he has been a vocal and heartfelt critic of the damage that has been done by professional campaign managers. "If Barack Obama gets voted in, it'll be a sign that the country is more willing to listen to what the candidate has to say than what the consultants have to say," he argued, and he expects a successful Obama candidacy would lead to a degree of soul-searching from the campaign pros on both sides of the aisle. "There's a continued reliance in both campaigns on consultants who are out of step with how people get their information and where people are. I think political advertising is not very effective even though we continue to spend millions and millions of dollars on it, and so at some point, people are going to recognize the things that don't work tactically and do work."

Like his fellow ex-Bushy Scott McClellan ("Who Did He Serve?" News, June 20), he doesn't see Bush-era campaigning tactics as unique, just a more refined version of pervasive problems. He places some blame on the idea of the superstar campaign manager that has emerged over the last two decades. "Some of that's driven by the consultants themselves because they want to build an industry around themselves, but part of it's the media," he said. "It's a false myth that the media creates that somehow it's one person, whether it's a Karl Rove or a [Paul] Begala or a [James] Carville or Steve [Schmidt], pulling the strings and controlling the election."

So, if Obama wins and campaign professionals are put back on their leashes, does Dowd see himself getting back into electoral politics? "Maybe if a good friend or someone I absolutely believe in ran, I might get involved," he said. But when it comes to campaigning, he describes himself to be, "like many others – tired of it."

So How Fucked Are We, Exactly?
SXSW Interactive’s Tech Under Trump panels investigate