City Hall Hustle: The End Is Near ... Not

The Hustle turns his gimlet eye on Prop. 2

Tweet
print
write a letter
If the Hustle hasn't really chimed in on the increasingly acrimonious debate over Proposition 2 – the Stop Domain Subsidies charter amendment – well, that's because I don't feel particularly strong on the subject. Although the following may just disprove all that.

I'll be voting no, as I feel SDS is smirking Libertarian policy with a faux-populist facade. (Check out Libertarian Wes Benedict on YouTube, waving a pair of $46 Neiman Marcus tighty-whiteys.) The entire exercise is intellectually dishonest. If all SDS was really out to do was Stop Domain Subsides, then why not draft the proposition only to do that? Instead, widespread resentment at expensive, overpriced national retailers – and the circa 2003 City Council and staff's dumbassed decision to incentivize them over local retailers – is being used as a Trojan horse for SDS heads Brian Rodgers and Linda Curtis' ideological crusade. I'm also less than assured by supporters' pithy insouciance that other, non-Domain projects won't be affected by the proposition's blanket ban on incentives to any project with a retail component.

That said, if Prop. 2 passes (as I'm betting it will), the Hustle doesn't see it as the end of the world. The Mueller development, resplendent with its empty Shoe Pavilion, shrunken tract homes, and weedy tarmac, would soldier on. Like practically everyone on either side, I was certainly no fan of the ludicrously lucrative Domain subsides in the first place. It's the potential for those ancillary, unintended consequences that concerns me. While Mueller, rightly or wrongly, is becoming the rallying cry for the anti-Prop. 2 crowd, there's also the question of what SDS could do to the city's future agreements, especially as they concern land use and affordability.

City Council's zoning agenda this week has station-area plans for Lamar Boulevard/Justin Lane, Martin Luther King Jr. Boulevard, and Plaza Saltillo transit-oriented districts, along with several accompanying neighborhood plan amendments (word is the MLK approval will be postponed). These plans dictate zoning restrictions and land use in a transit-oriented development, such as along a rail line – but perhaps the most noteworthy goal the council has set out with respects to TODs is making 25% of the housing affordable. Discussing the 25% challenge back in May, Chronicle staff writer Katherine Gregor cited a Roosevelt University study which says, "Constructing any type of affordable housing requires numerous subsidies. It is not unusual for a developer to utilize more than seven different sources of funding" (see "Developing Stroies," May 20). So it seems possible that goal would be in jeopardy without any sort of city subsidy.

"We can't have 25% affordable housing without subsidies," says Council Member Lee Leffingwell, who, while unhappy with the Domain agreement, will be voting against Prop. 2. (The rest of the council is also on record opposing the proposition, with the notable exception of Laura Morrison.) "Can they, will they, be able to [provide incentives for affordable housing] if there's a Starbucks on the first floor?" Leffingwell asks. Despite supporters' assurances, the answer isn't clear. (They're probably frothing at the mention of Starbucks.)

What else is on the agenda? The centerpiece may be the 2pm presentation of designs for the new central library nestled at the to-be-infilled Green Water Treatment Plant – which, coincidentally, will have some of those nefarious retail uses in it. Also on the aesthetic agenda is a resolution calling for a YMCA-led recommendation on how to transition the Town Lake Animal Center site into parkland. Finally, a TLAC related item that won't result in barking and howling.

Prop me up (or tear me down): wells@austinchronicle.com. 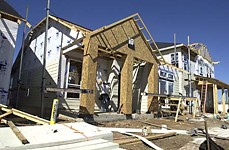