Advocacy group calls for a return to the Seventies on sentencing

Tweet
print
write a letter
As they say, the more things change, the more they stay the same.

Take, for example, the use of mandatory-minimum prison sentences to punish, and supposedly deter, drug crimes. The U.S. first tried this approach in dealing with the "drug problem" in 1951 with the passage of the Boggs Act, named for Louisiana Dem Rep. Hale Boggs, which imposed prison terms of two to five years for a first offense, including for simple possession. And, as a new report released late last month by Families Against Mandatory Minimums points out, the Boggs Act "made no distinction between drug users and drug traffickers for the purposes of sentencing." Fifty-seven years ago, lawmakers passed the Boggs Act in part because they believed that "drug addiction was a contagious and perhaps incurable disease and that addicts should be quarantined and forced to undergo treatment," FAMM's report explains.

But the Boggs Act (and its successor, the Narcotics Control Act of 1956, which increased Boggs Act penalties) did little, if anything, to control drug use. Instead, during the 1960s, drug use increased; by the end of the decade, criminal justice officials were increasingly expressing their opposition to the man-min sentencing scheme which did little except explode the prison population. By 1970, with the backing of President Richard Nixon and with bipartisan congressional support, the Boggs Act was repealed.

By the mid-1980s, lawmakers did not still believe (at least not openly) that drug addiction was contagious, but they'd clearly forgotten the lesson imparted by the failure of the Boggs Act. So lawmakers donned blinders – blinders made from crack cocaine. Again demonstrating little understanding of the drug or its effects (such as failing to recognize that crack and powder cocaine are the same drug and that the differences in effect on the user have more to do with the delivery system – usually snorting for powder and smoking for crack – than the chemical makeup of the drug itself), lawmakers rushed headlong into a solution to the "crack problem," imposing a new set of draconian man-min sentences. In so doing, Congress ushered in the modern era of the man-min, which (until very recently) codified a 100-1 sentencing ratio, powder-to-crack cocaine. Under current federal law, possession of just 5 grams of crack would net a five-year prison term, while it would take possession of 500 grams of powder cocaine to pull the same sentence. (And five years means five years in the federal system, where there is no parole.) After years of urging Congress to take action to fix the sentencing disparity, the U.S. Sentencing Commission late last year took matters into its own hands, revising the sentencing guidelines to create parity in sentencing for crack and powder coke offenders. Congress did not move to stop the action.

Amazingly, the 1980s man-min sentencing scheme was drafted by lawmakers and passed into law in less than a week, says Eric Sterling, president of the Criminal Jus­tice Policy Foundation, who served as counsel for the House Judiciary Committee when the man-min law was passed. Lawmak­ers "didn't even ... consult with federal judges," with prison officials, or with the Department of Justice in creating the new sentencing statute, Sterling said during a press conference last month. As a result, the law was written in about 48 hours and without any hearings. In sum, he said, the "historic ineffectiveness of this [approach] was disregarded."

It is time now to remember the past and to correct the mistakes of the 1980s, says FAMM. And most Americans agree, according to a new poll commissioned by the group, which advocates for the end of man-mins. Fully 60% of those polled oppose mandatory-minimum sentences for nonviolent offenders, FAMM found, and roughly 80% said judges are best qualified to determine sentencing. Moreover, nearly 60% said they would vote for candidates who opposed man-min sentencing. What does this tell the folks at FAMM? "The public is ahead of the politicians on this," said FAMM President Julie Stewart. "People believe in individualized justice."

As such, FAMM is calling for Congress to act as it did in 1970 and repeal the man-min sentences – bringing us out, again, of the 1950s. "In light of Congress's lack of deliberation when it created the current mandatory minimums, it is not surprising that the laws have failed just like their predecessors," staff attorney Molly Gill wrote in FAMM's Septem­ber report. Like its predecessor laws, the current man-min scheme has not curbed drug use or trafficking. In fact, small-time users are all too often caught in the federal man-min web, at times because they have little if any information on kingpin dealers to use as leverage, leading to an explosion in prison population, which in turn has had a devastating impact on thousands of families. The "hill of evidence" against mandatory minimums "has grown into a mountain," writes Gill. While the federal statutes remain, the FAMM report points out that states have begun to explore other options for dealing with drug offenders – including the introduction of drug courts to deal with nonviolent drug offenders. (FAMM's report gives props to Texas Gov. Rick Perry for supporting such endeavors.)

"Congress is now in the same position it was in 1970," Gill said. "There is a theory in politics that you can only get tougher and tougher on crime. That you can't go backwards. And that just isn't true."

Timeline of Changes in Drug Laws 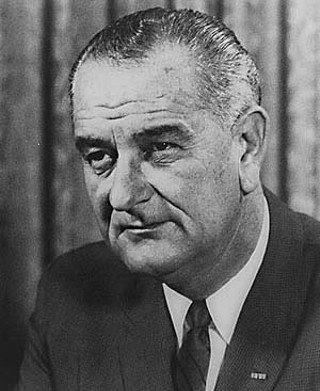