Tweet
print
write a letter
The obvious desire of anyone attending a political forum is to glean some bit of information previously unknown about a candidate. The Oak Hill Association of Neigh­bor­hoods forum last week certainly provided a shocker: Republican House District 47 candidate Donna Keel and House Speaker Tom Craddick are total strangers. That made some jaws drop. "I don't know him," Keel said, when asked if she would support Craddick in his bid for re-election to the speakership in January. "I don't know any of the candidates that are running for speaker yet. I have not pledged for any." The speaker is elected at the start of each legislative session by the House membership.

This would be the same Donna Keel whose brother-in-law is former District 47 Rep. Terry Keel – who became Craddick's parliamentarian in 2007 after the previous one resigned over Craddick's rather creative (not to say dictatorial) position on whether he had to recognize a motion for his removal. This would also be the same Donna Keel whose husband, Thornton Keel, is the treasurer of Craddick's Stars Over Texas political action committee. Thornton's Keel Sys­tems business has been paid $19,660 by Stars Over Texas and $66,295 by Crad­dick's campaign since Aug­ust of last year, mostly for accounting work.

"It's pretty clear that my opponent does know Tom Craddick," replied Keel's opponent, incumbent Valinda Bolton. "Tom Craddick is one of her husband's biggest clients. It's pretty clear that given her personal financial interest and her family's ties that she in fact knows Tom Craddick." At that, Thornton Keel interrupted the proceedings and yelled at Bolton, "You just lied about that," only to be told by the moderator, "You do not have the floor." Thornton later declined to comment on what was inaccurate about Bolton's statement, saying the Keel campaign has a policy against talking to the Chronicle because the paper "had an article that we didn't think was done properly." 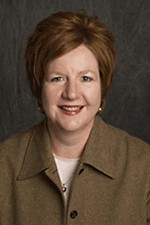