Timothy Cole died before his false conviction could be overturned, but his family – and the victim of the real attacker – still seek closure 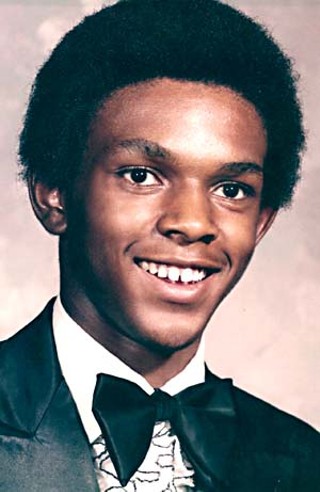 If Lubbock court officials had paid any attention to a letter they received in 1995, Timothy Brian Cole might still be alive. Instead, Cole died in 1999 from an asthma attack while in prison for a rape that, it turns out, he did not commit.

Now, on behalf of Cole's family and the victim of the 1985 Lubbock rape, Michelle Mallin, Innocence Project of Texas Chief Counsel Jeff Blackburn is asking a Travis Co. judge to order a court of inquiry to investigate the Cole case, to find out how and why the justice system failed to find the person actually responsible for Mallin's rape. Indeed, as it turns out, the actual rapist, Jerry Johnson, came forward in 1995 (after the statute of limitations had expired) to confess that he was the rapist. He wrote a letter to now Lubbock Co. Judge Jim Bob Darnell, who in 1986 was the assistant D.A. who prosecuted Cole. Darnell ignored the letter, says Blackburn. At press time, Darnell had not returned our request for comment.

It wasn't until last year, when Johnson wrote to the Lubbock Avalanche Journal and then to Blackburn at the Innocence Project, that an investigation into Johnson's claim began. Blackburn says that students working with the project discovered "serious flaws" in the state's case against Cole, including serious problems with the eyewitness identification procedures that prompted Mallin to finger Cole as her attacker. (Eyewitness identification is a major culprit in wrongful conviction. Of the men so far exonerated by DNA in Texas, 82% were falsely fingered by an eyewitness.)

Johnson is currently serving two consecutive life sentences for other rapes also committed in Lubbock in 1985. "In 1995, if anyone had listened to Jerry Johnson, Tim Cole would still be alive," says Blackburn. Cole, 38, died in 1999 from an asthma attack caused by dust while working in a prison cotton field.

The Texas Constitution guarantees that crime victims will be treated with "fairness and with respect for the victim's dignity" by the judicial system, Blackburn argues, but for Mallin and Cole that has not happened – which is why he believes the courts should open the case for review. "This is an extraordinary case that demands an extraordinary remedy. Because Mr. Cole is dead, he cannot assert his innocence through the normal procedures allowed by law," Blackburn wrote in the petition filed in Travis Co. last week. "Ms. Mallin has a right to a judicial determination of who the perpetrator was so she can finally gain some closure to this matter. The citizens of this state have a right to have the real perpetrator ... brought to justice," he continued. "The citizens of this state also have a right to know what went wrong in this case and why."

So far, however, that argument hasn't worked. Blackburn originally filed the petition in Lubbock; it was denied without explanation. He is now hoping that the Travis Co. bench will grant his request. "In Texas, when a county won't fix a problem, what do you do?" he asked. "You go to the capital."

After the Innocence Project began its investigation into Cole's case and Johnson's confession, Lubbock Co. District Attorney Matt Powell initiated a parallel investigation that ultimately revealed that DNA from the crime did not match Cole. Still, the system must identify what went wrong with the investigation that ultimately sent Cole to prison. Without that, Cole's family and Mallin are left without any real answers, Blackburn said. This case has "supreme importance to every other crime victim in the state" and to the judicial system. Granting the victim's request for a court of inquiry would give the judiciary a "chance to show that it can fix its own problems," Blackburn said. "This case shows how completely broken the judicial system is in Texas. ... We don't listen to people who are innocent – and we don't even listen when people say they're guilty."