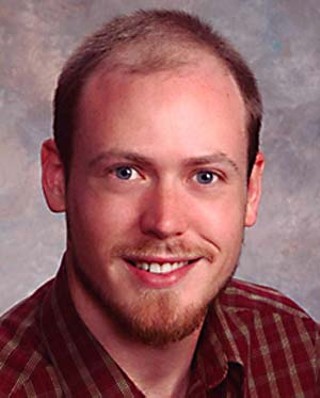 The third candidate in the race for CD 10 is 29-year-old Libertarian Matt Finkel, a finish-trim carpenter living in North Austin. It's not Finkel's first foray into electoral politics – he previously ran for Travis Co. justice of the peace, Precinct 2, against Republican Barbara Bembry. With no Democrat in the race, Finkel captured 34% of the vote and actually won three precincts and tied another.

Asked why he's running, Finkel said: "Mostly to have an effect on politics. I believe the only way for people to make a statement to politicians and to the media that we want smaller government and lower taxes is to vote Liber­tar­ian." As for Michael McCaul, the incumbent he'd like to unseat, "I'm not happy with his support of the war, with him being the big-government Republican." And of Democrat Larry Joe Doherty: "I never met the man, nothing personal against him, but his ideas for solutions as far as I can tell are for more government programs and higher taxes, and that's not good for Texas District 10 or our country."

GOP officials have called Libertarian candidates in some close races, trying to dissuade them from running, based on the theory that Libertarians tend to pull more votes away from GOP politicians than Democrats. Finkel, Travis County's representative on the Texas State Libertarian Executive Committee, said he hasn't received such a call but that the calls "make me happy, because it lets me know they're a little bit scared and being held to account for what they've done, and that we're growing, and that they know we're a real force."

Libertarian Michael Badnarik took 4.3% of the vote in 2006; if Finkel can match or top that, and this race is as close as Democrats expect, it could be a fatal margin for McCaul.