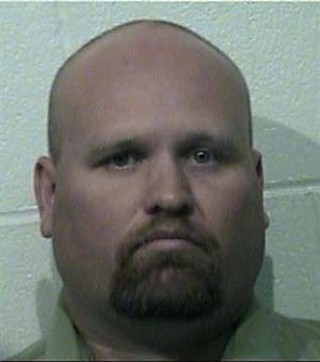 In a Williamson Co. court last week, former Georgetown Police Sgt. Jimmy Fennell opted against a jury trial and affirmed his plea of guilty to charges of kidnapping and improper sexual conduct with a person in custody.

Fennell was accused of sexually assaulting a woman involved in an October 2007 domestic disturbance call that he handled. Prior to his legal trouble, Fennell was best known as the fiancé of Stacey Stites, who was murdered in 1996. Rodney Reed was convicted of the murder and sentenced to death but has maintained his innocence. Reed says he was having an affair with Stites. Fennell found out about the affair, Reed's supporters claim, making Fennell a far more likely suspect than Reed.

Fennell's recent legal problems bolster Reed's argument of innocence, says Reed's attorney Bryce Benjet. "Jimmy Fennell has now twice confessed to committing this crime of sexual violence," said Benjet. "Mr. Fennell's conviction for this crime is consistent with his long history of violence and the ample evidence that made him a suspect in the murder of Stacey Stites over a decade ago. ... Mr. Fennell's recent confessions are certainly relevant in demonstrating Mr. Reed's innocence."

Fennell is set for sentencing by District Judge Burt Carnes this Friday. He could be sentenced up to 10 years in prison for the kidnapping charge and could face an additional two years for the charge of improper sexual conduct.