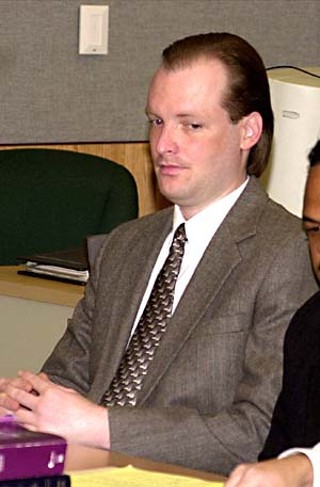 It's been months since Travis Co. prosecutors said they were pretty darn sure they already knew the identity of the male donor whose DNA was found inside the vaginal cavity of 13-year-old Amy Ayers, the youngest of the four victims of the grisly 1991 yogurt shop murders. Now, as of Sept. 17, it turns out they still have no clue. That doesn't mean they haven't been searching; indeed, so far the state has tested and eliminated 63 males – including the four men they say are responsible for the crime.

Prosecutors initially said four men, who were teens at the time of the crime, were responsible for the murders: Robert Springsteen, Michael Scott, Forrest Welborn, and Maurice Pierce (whom prosecutors labeled the "mastermind" behind the quadruple murder). Eventually, however, just two – Scott and Spring­steen – were tried for the crime. A Travis Co. grand jury failed to indict Welborn, and District Attorney Ronnie Earle dropped all charges against Pierce in 2003, citing a lack of evidence. The dismissal of Pierce was particularly telling because although prosecutors averred that he was the mastermind behind the brutal murder of the four teen girls – Ayers, sisters Sarah and Jennifer Harbison, and Eliza Thomas – they were unable to get a confession from him or to get any of his co-defendants to flip and implicate him (not, however, for lack of trying).

That leaves Springsteen and Scott who, unlike the other two, actually provided statements to police implicating themselves (although not entirely convincingly) in the crime. The fact that the county acted only on those two is also telling: Without any physical evidence connecting any of the four to the crime scene – even though plenty of physical evidence exists – the only thing prosecutors have to work with are controversial "confessions" obtained by the Austin Police Department after hours of interviews. Each man recanted his statement, and each maintains his innocence. Although Springsteen and Scott were separately convicted of the crime, each man's conviction was overturned because prosecutors improperly used (and Judge Mike Lynch improperly allowed into evidence) their confessions as a means to contravene the Sixth Amendment – an error that not even the hang-'em-high Texas Court of Criminal Appeals could ignore.

Defense attorneys charge that the existence of an unknown male profile, previously undetected through the less sophisticated DNA testing available to prosecutors at the time, proves their clients are innocent. Prosecutors don't appear to see things that way – though why they seem unfazed by the very real possibility that they're pursuing cases against the wrong men is, at best, puzzling. The circumstance makes court watchers wonder if, at this point in time, justice for the four victims isn't exactly as big a motivator as saving face in the high-profile case.

In court last week, Lynch said he's determined to retry Springsteen and Scott as soon as possible – likely right after the first of the year and quite probably in back-to-back trials. But that doesn't mean the search for a match to the unknown DNA will end. Springsteen's attorney Joe James Sawyer told Lynch he'd like to have retested a host of DNA evidence used in the previous trials because the newest DNA technology, Y-chromosome short tandem repeats testing, is much more discrete and may provide additional evidence that an unknown person is actually responsible for the crime. (Y-STR testing is often used in sexual assault cases because it isolates male DNA.) Lynch initially balked, arguing that the list of evidence Sawyer wants tested could cost the county $1 million to complete. Whether that's a real cost is unclear, but the county has spent untold thousands so far only to find out that it knows less than it thought it did – perhaps another good reason to regroup and reinvestigate before pressing forward while so many unknowns are still out there.

In the end, Lynch asked Sawyer to sit with prosecutors Efrain De La Fuente and Gail Van Winkle to develop a pared-down list of items that can be put through the newest testing procedures in an expedited amount of time. The whole mess will be back in court for yet another round of pretrial wrangling on Oct. 29.