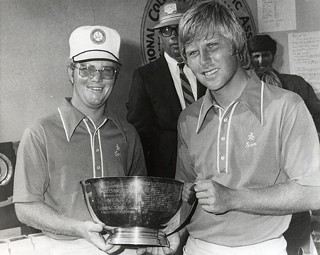 Tom Kite and Ben Crenshaw have a lot in common. Both attended the University of Texas, where in 1972 they shared UT's NCAA Championship honors. Both played on the Professional Golf Association Tour, with distinguished pro careers that earned them induction into the World Golf Hall of Fame.

Nevertheless, on the issue of the future of Lions Municipal Golf Course, Crenshaw and Kite have parted company. Their views might be reduced to the difference between idealism and pragmatism: Crenshaw strongly backs Save Muny and preservation of the course at all costs; Kite has favored a redesigned course and land redevelopment that would respond to the university's desire for a better financial return – a plan that would also net Kite's course design firm some work.

Both men share a long personal history with the Lions course. In an essay he wrote for the West Austin News, Crenshaw mused, "My story is no different than countless youngsters' eager to play the game, but we were provided a lovely place in which these memories will last us a lifetime." Kite told the Chronicle: "I grew up playing a lot of my junior and amateur golf at Muny and have numerous fond memories of playing there. Many of my friendships that I still have today were fostered on that golf course."

Kite takes pains to explain that his own profit is not a primary motive and that he is "supportive of any plan that will keep golf on this site." But he argues that the high potential value of the Brackenridge Tract may preclude the historic course retaining its current features. "The financial strains and demands being put on the UT system each and every year," Kite noted, are beginning to become more of a burden. "UT now receives a minuscule amount each year [from the state] compared to what it could be receiving," Kite said, "and we do not see how UT can do anything but alter this property." Kite says his group's plan, "while not keeping Muny as it currently is, will keep golf in this location," which he deems important to the quality of life Downtown and in West Austin.

Crenshaw is more optimistic about the fate of Muny. "I think we've got a better than 50/50 chance to save the course," he told the Chronicle. He's convinced that the mayor and City Hall will see the value the course has and "do everything they can to preserve it." He notes that Austinites have never voted down a bond election involving green space, and he believes that a likely solution would be the city and UT putting together "a land trade, possibly supplemented with money from a bond election."

Crenshaw's passion for the course comes from his own experiences there – and from the commitment of his late stepmother, Roberta Crenshaw, to Austin's parks. She was instrumental in establishing Town Lake Trail, Reed Park, Umlauf Sculpture Garden, and other Austin parks. Crenshaw says the historic legacy of the course complements its unique position and high use. Lions is not only "one of the busiest courses in the state [75,000 rounds will be played there this year], but it is one of the oldest inner-city courses in Texas." He notes that it was the first integrated public course in the state and asks: "We preserve our historic houses and buildings in this city. Why wouldn't we preserve this historic golf course?"

Of the Kite proposal, Crenshaw says he "can't support the alternate plan that has been floated by developers" due to the changes that would result in the course. The plan, he says, "proposes to completely reroute the course to both sides of Lake Austin Boulevard and to tie it into a high-end hotel. If that were to happen, any historical significance of the course would disappear and greens fees would certainly rise."

Kite says he's the wrong one to ask about greens fees, although he concedes: "I would assume there would be an increase in greens fees that are more in line with the improved quality of the asset. But I would also assume there would be a reduced rate for those in the Central Texas ZIP codes, similar to those in other cities across the U.S." This increase in fees, he argues, would support the location and continue to keep "Austin one of the most livable cities in America. ... We are proposing an alternative plan to the Save Muny campaign that will do just that."

Crenshaw acknowledges that keeping the course as it is will be a challenge. "All of us that want the golf course to remain are realistic and know UT must maximize [its] asset." Still, he says, "As long as the university gets a financial benefit, the terms of Colonel Brack­en­ridge's gift would be satisfied."

For more on the Muny debate, see www.savemuny.com and www.utsystem.edu/BOR/bracktract.htm. 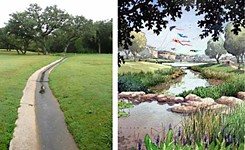 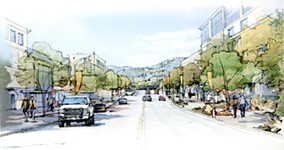 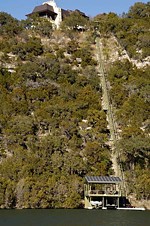