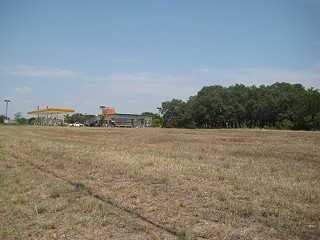 A last-ditch attempt by neighbors to convince county leaders that a North-Central Austin location was the wrong place for a new health clinic failed Tuesday as Travis Co. commissioners approved funding for the new facility as part of the Travis County Healthcare District's budget for the upcoming year.

The Healthcare District is trying to make good on its promise to cut the significant wait times at the county's health-care clinics. Next week, a new clinic will open on William Cannon in South Austin. An extended-hours urgent-care site is scheduled to open on Red River to provide a relief valve to University Medical Center at Brackenridge's emergency room. And a children's wellness center is planned as a companion to current services in Del Valle. But the crown jewel, no doubt, will be the replacement of the shabby and undersized Northeast Clinic with a new district-owned $18 million clinic on Braker Lane near Lamar. Healthcare District CEO Trish Young Brown calls it a flagship state-of-the-art facility that will serve as the hub for the area's smaller clinics.

Local residents were less than enamored with the idea and have said so in a series of last-minute meetings with the Healthcare District to broker some kind of peace. North Park Estates President Walt Esquivel laid out a number of arguments against the clinic location, including a lack of data to support the district's rationale for the site and insufficient notification to nearby residents. The district's existing clientele would not be served by a North Burnet Road/Gateway project, Esquivel said. County Commissioner Sarah Eck­hardt, however, disagreed and said the census tract data that Esquivel provided supported the location. She agreed the Healthcare District had done a poor job of reaching out to the community for input but said that did not negate the case for the clinic.

Young, joined by members of her board, argued that 60% of the clinic's current clientele live within four miles of the proposed clinic.

The fact that county commissioners were given no line-item veto on the Healthcare District's budget merely sealed the deal. In the end, the commissioners passed the $95.2 million budget, with its tax rate of 6.79 cents per hundred-dollar valuation, on a vote of 4-0-1, with Ron Davis abstaining.