A legacy in limbo

Tweet
print
write a letter
It's rare that the closure of an academic research group causes controversy. But when UT-Austin shuttered its institute researching Web accessibility, it triggered a firestorm of controversy about its attitude toward making technology available for people with disabilities. The Accessibility Institute was the brainchild of UT professor John Slatin, who died in March after a three-year battle with leukemia. A lecturer in the Department of English, Slatin became an internationally recognized expert in making websites and interfaces user-friendly for all users, especially those with specific needs, such as the visually impaired (Slatin himself was blind).

Local Web-access nonprofit Knowbility has collected more than 800 signatures, many from accessibility experts, on a petition demanding that UT reconsider the Aug. 29 shutdown of Slatin's group. Knowbility Exec­ut­ive Director Sharron Rush said Slatin's lack of an IT background helped him change priorities and approaches, and she insists that discussion must continue. "It's not that people say, 'I'm going to lock all the blind people out of my website,'" she said. "They don't think about its accessibility and how to design for it." Rush, who co-authored the developer manual "Maximum Accessibility" with Slatin, said that while his research was groundbreaking, his ideas were simple. "We don't think about it in terms of specific technologies," she said. "We want to make it user-centered; we want to talk about it in terms of principles."

UT Executive Vice Provost Steve Monti said the closure does not affect the university's commitment to implementing accessibility standards. The institute "was a really important research undertaking, but it was built around John," said Monti. The group had no remaining staff since sole research associate Kay Lewis left before its closure. If others came forward to take up Slatin's mantle, UT would be happy to help them, Monti said, "but it has to be initiated and championed by faculty, or it just won't be successful."

Rush counters that as an area of study, it is too important for UT to lose the global reputation Slatin built for it, and UT needs to be proactive (Slatin's 2007 study of the top 407 pages on UT's website showed only 25% met the university's own accessibility standards). She argues it's vital to have a single group keeping the issue central, and UT should use the campuswide interest or even hire new staff to reopen the institute's dedicated usability lab. "Accessibility makes technology more accessible for all of us," she added. "To say that's not a priority for the University of Texas is shocking." 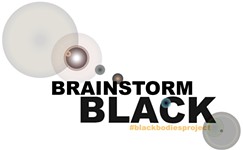