• Apple Becomes E-Waste Bandit Free and convenient computer recycling for all Texans! A new state law that took effect Monday requires recycling by all manufacturers selling computers statewide. Passed unanimously last year, the bill makes Texas the fourth state to call on computer makers to responsibly recycle their old desktop and laptop models, as well as keyboards, monitors, and mice. Central Texas Goodwill stores already accept used computers and electronics for resale or recycling, in Austin alone diverting more than 250 tons of electronic waste from landfills a month. Texas Campaign for the Environ­ment, the green nonprofit largely responsible for the new law, is celebrating but also preparing to go after a few bad apples. Executive Director Robin Schneider said she plans to file formal complaints against Apple and some other manufacturers who don't appear to be complying. Apple's website says it offers free recycling for iPods and cell phones, but it apparently only accepts consumers' old computers when they buy new ones. For info on recycling your old computer, see www.texasrecyclescomputers.org and www.texastakeback.com. – Daniel Mottola

• TPJ Follows the Dewhurst Money Ever wondered where Lt. Gov. David Dewhurst makes his money? Well, Texans for Public Justice has, and on Sept. 3, TPJ filed a criminal complaint against Dewhurst with Travis County Attorney David Escamilla. The public interest group claims that Dewhurst, by failing to file sufficiently extensive annual disclosure statements for the David Dew-hurst Trust, has violated a section of the Texas Government Code that deals with nepotism and consanguinity. "The Dewhurst Trust is blind to the public but not to the Lt. Governor," said TPJ Director Craig McDonald in a press release announcing the complaint. "It's time for Lt. Governor Dewhurst to drive his cattle out of the shadows and into the sunlight." – Richard Whittaker

• Highway 29 to Head South Two SH 29 expansion-bypass plans diverged in a Williamson County wood – and chosen was the one least despised. On Sept. 4, WilCo Commissioners Cynthia Long and Valerie Covey announced that after a yearlong "safety and mobility" study, the "southern alignment" won out over the northern route, because it would "minimize business and residential displacement in the area," according to a county press release. However, scrapped was a third plan favored by activists who categorically oppose a $400 million, multilane "highway to nowhere"; they proposed simply adding lanes to the existing SH 29 as traffic increases. "The southern route is ... complete overkill," said Sandi McKinney of Keep 29 Local, whose website, Noto29North.com, poses the question "When will we stop?" and answers it with a photo of a freeway sign reading "Hell" and draped in icicles. See the SH 29 map at www.wilcogov.org. – Patricia J. Ruland

• GLBT-Friendlier Corporations Last Tuesday, the Human Rights Campaign released its 2009 "Corporate Equality Index," which rates 583 businesses on "treatment of lesbian, gay, bisexual and transgender employees, consumers and investors." This year, 259 businesses received perfect scores, a significant increase over last year's 195. In 2002, the first year the index was published, only 5% of rated businesses provided employees protections based on gender identity or expression. This year, 66% now specifically prohibit gender-identity discrimination, and 99% offer protections based on sexual orientation. In 2006, index participants were asked to guarantee health-insurance coverage for at least one medical treatment for transgender employees, such as pharmacy benefits, treatment for hormone therapy, counseling, or short-term leave for surgical procedures. HRC highlighted 49 businesses in 2009's index for taking "significant and substantial steps to remove discrimination" against transgender employees from insurance plans. "In the absence of a federal law that prohibits workplace discrimination based on sexual orientation and gender identity or expression," said HRC President Joe Solmonese in a press release, "it is up to employers to take the lead and implement policies" ensuring all employees protection. The index is available at www.hrc.org/cei. – Kristine Tofte

• Olympic Heroes Parade Austin is hosting a public celebration this Friday, Sept. 12, to honor local athletes and coaches from the 2008 Beijing Olympics. At 7pm, a procession will begin at Republic Square and head up Congress Avenue to a 7:30pm ceremony at the Capitol. The Olympians – all current or former UT athletes who competed in swimming or track-and-field events – include aquatic gold medalists Ricky Berens and Dave Walters, plus Kathleen Hersey, Scott Spann, Trey Har­dee, and Leo Manzano. Mayor Will Wynn and City Council members will be there, along with the UT Cheer Team, a drum corps, cops on horses, and lots of kiddos. Wear red, white, and blue, and bring something for the athletes to autograph. – Katherine Gregor

[Editor's note: This event has been canceled due to Hurricane Ike; check the Community Listings for event updates.]

The National Hurricane Center of the National Oceanic and Atmospheric Administration is placing serious bets on a Texas coast landfall for Hurricane Ike some time this weekend. The projected track of the beast currently churning through the Gulf of Mexico exposes a vulnerable Texas coastline, with a range of possible danger zones stretching from our border with Louisiana to the east to that with Mexico to the south. Earlier in the week, Louisiana and Florida declared states of emergency, and Gov. Rick Perry issued a disaster declaration for the state of Texas as Ike barrels northwest. In response, the Chronicle has launched In Case of Emergency at austinchronicle.com/emergency, a blog effort to help you stay prepared in times when public service cannot wait for a weekly print edition. The blog will be loaded with lifeline links to disaster resources and weather advisories, relief efforts, and commentary. Hopefully, this is all for naught, and no one will have to actually use the resources listed. For more info, please contact Kate Messer at features@austinchronicle.com or 454-5766. – Kate X Messer 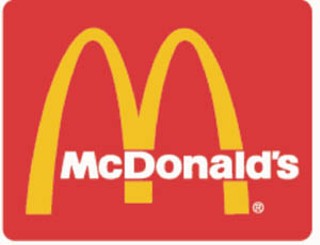 Should it be any surprise that the world's first green-built Ronald McDonald House is in Austin? Or that yet another project at Mueller has earned Leadership in Energy and Environmental Design certification? The U.S. Green Building Council last week awarded the local Ronald McDonald House the highest rating of LEED Platinum. Since December 2007, the nonprofit has provided housing and assistance to families with children undergoing treatment at the neighboring Dell Children's Medical Center (itself rated as LEED Gold). The eco-friendly design provides a healthier environment for children and families while lowering utility costs for the nonprofit. As a model for sustainability, the building's features now can be replicated nationally throughout the Ronald McDonald House system. As fast-food news goes, we'd call that a Happy Meal. – Katherine Gregor 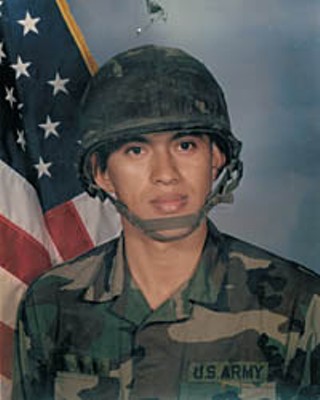 Rio Grande Valley native David Hernandez was turned down for a U.S. passport despite providing several forms of documentation legitimizing his U.S. birth, including a birth certificate.

On Tuesday, the American Civil Liberties Union filed a class-action lawsuit accusing the U.S. State Department of stonewalling issuance of passports to U.S. citizens "who are ... of Mexican descent and whose deliveries ... were assisted by midwives." Lisa Graybill, legal director of the ACLU of Texas, told the Chronicle, "The nine plaintiffs in the suit are appearing on behalf of themselves, as well as thousands of people in this same situation." According to the lawsuit, applicants delivered by midwives have been required to show not just their birth certificates but a "litany of additional documents" to prove citizenship, some of which "likely never existed, that applicants would ... not possess even if they did exist, or that ordinary people would rarely possess decades after the documents were issued." Even so, supplying further proof often does not suffice, for the "department responds by summarily closing their applications," the lawsuit states, forcing them into a "regulatory black hole." See www.aclu.org/racialjustice/gen/passports.html. – Patricia J. Ruland