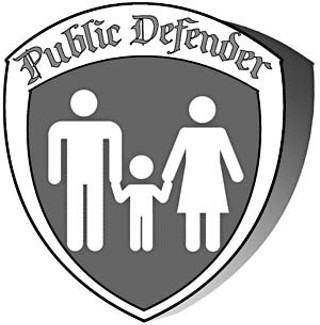 Two Travis County judges are trying to achieve the impossible: Create a bureaucracy that will improve service to the public and save taxpayer dollars.

Travis Co. Civil Court Judges Darlene Byrne and Jeanne Meurer have proposed forming two new public defenders' offices in Travis Co. One would represent parents involved in civil cases in which the Texas Department of Fam­ily and Protective Ser­vices' Child Protect­ive Services Division seeks to terminate parental rights because of alleged abuse or neglect. The second office would represent the children involved in those cases. The Travis Co. District Attorney's Office represents CPS in such cases.

The new public defenders' offices, Byrne and Meurer say, will provide higher quality and more expedient legal representation for indigent parents and their children and would cost less than the current system of appointed counsel.

If better legal representation at a lower cost sounds too good to be true, it just might be. At least that's what some local lawyers think. They say that the judges' numbers don't add up and that the offices will actually do the opposite of their intent – resulting in either poorer representation or higher cost. They are also miffed that the judges rushed the proposal through with little public input. Moreover, they say, it's a bad idea to have defense attorneys working for the county. Independent lawyers, they say, are more likely to stand up to the notoriously overzealous CPS and the bulldog district attorneys who represent CPS.

In CPS cases, the county is mandated by law to provide counsel to parents who cannot afford an attorney – and most can't. The county must also pay for a separate attorney to represent the interest of the child or children. When a conflict exists between the parents – which happens more than half the time – or among the children, additional attorneys must be appointed to represent each individual party.

Currently in Travis, as in every other county in Texas, those attorneys are appointed from a list of private lawyers who have completed specialized training in CPS law. For the roughly 45 attorneys on the local list, it's not very lucrative work. The county pays court-appointed family attorneys $60 an hour, compared to a typical billing rate of $200 an hour charged by a defense attorney in the private sector. Those attorney's fees cost the county about $1.3 million this fiscal year, covering a total of about 850 cases.

The proposed public defenders' offices would be staffed by eight people each – four attorneys and four support staff (e.g., social workers, paralegals, and administrative employees). In cases of parent conflict, private attorneys would be appointed to one of the parents. The county's budget projections show that the offices would currently cost about the same as the current system, and eventually less.

The idea of a public defender's office of CPS cases is largely untested. Dallas County does have lawyers within its public defender's office who represent indigent parents in CPS cases. However, private, court-appointed attorneys represent the children in those cases. The judges' gripe with the current system is that while many lawyers on the court-appointed family attorneys' list are experienced and qualified to practice within the narrow niche of CPS law, some are not. Most of the lawyers on the list are general practitioners. By having lawyers who would solely work CPS cases, they say, the level of expertise would naturally be higher.

On May 13, the judges presented to the Travis Co. Commissioners Court a proposal to set up the offices and a plan to seek a Court Improvement Program grant from the state Supreme Court's Permanent Judicial Commission for Children, Youth & Families. The commissioners voted unanimously to move forward with the grant request. In June, the state commission approved a $600,000 grant to launch the public defenders' offices in 2009, with another $300,000 in grant money expected over the following two years.

On Aug. 13, the Commissioners Court held a budgetary hearing on the proposed offices. Commissioners Sarah Eckhardt and Ron Davis and County Judge Sam Biscoe appear to support the project, representing enough votes for it to sail through the 2009 budget process. The commissioners are scheduled to vote on individual budget items Sept. 3-5, and on the entire budget on Sept. 23. (The county's fiscal year 2009 begins Oct. 1.)

Philip Wilson of the Austin Bar Association's CAFA Section says the majority of his organization did agree to support the proposed offices. Wilson says he personally believes that the offices will indeed lead to higher quality representation if managed correctly. However, he says, a significant minority of the CAFA membership oppose the program. (Because the court-appointed family attorneys must appear before Meurer and Byrne on a regular basis, many were unwilling to speak on the record against the proposal.)

The dissenting attorneys, Wilson says, fear that the offices will quickly fill up with caseloads beyond what the eight attorneys can effectively handle. That could result in two scenarios: Either the children and parents will get lousy legal representation, or the judges will have to hire court-appointed lawyers to take the overflow of cases, resulting in higher than anticipated cost.

The basis of their beef: In the judges' proposal, the number of attorneys to staff the offices is based on the American Bar Assoc­i­a­tion recommendation of 50 to 100 cases per full-time attorney at any given time. That recommendation is for abuse and neglect cases. However, in CPS cases, attorneys are likely to have multiple clients per case – two parents and two or more children – who may live in different places. The attorneys are responsible for visiting their clients and keeping tabs on their well-being and, in the case of the parents, their progress with court-mandated actions, such as substance abuse treatment or parenting classes. The better number to use, the lawyers say, is the Nation­al Association of Counsel for Children's recommendation of no more than 100 individual clients per attorney.

Byrne says that fear is unfounded, because the offices' eight attorneys will have plenty of legal and administrative support and will be able to handle larger caseloads. "The best thing I can say is, if they're flexible enough to add a lawyer when needed and pay for it, then it will work," Wilson says. "If they say no, this is what you're stuck with, then people are going to fall through the cracks.

"They're the elected officials," Wilson adds. "If it doesn't work, they're taking the risk."

But are they? The new offices' performance will be scrutinized by a yet-to-be-named, six-member oversight committee, according to yet-to-be-determined criteria. But voters pay little attention to the goings-on of the CPS civil court docket, and little effort is made to involve the public. The judges' proposal, some lawyers complain, was rushed to the county commissioners with no input from CAFA or the general public. In fact, CAFA didn't know about the proposal until it appeared on the commissioners' May 13 agenda.

"A spouse of one of our members happened to see it on the Commissioners Court agenda," Wilson says. "That's when it sort of hit the fan with us." Although, he admits, "They don't really need our input. We take appointments at their pleasure."

While court-appointed family attorneys may have a vested interest in not seeing the offices materialize, Wilson argues that at $60 an hour, money is not motivating the lawyers' objections. "The idea that anyone is doing this for the money is laughable," he says. "I'll actually make more money by not taking CPS cases."

In a meeting with court-appointed family attorneys, held shortly after the judges unveiled their plan to the commissioners, Meurer said the exclusion was "an oversight." Byrne says the proposal was rushed in order to meet the deadline for the grant.

The court-appointed family attorneys have since been involved in the process, and, with few other choices, the lawyers have made nice with the judges. "Although there is some friction between the judges and the CAFA attorneys, all told, everybody is working so diligently towards the common goal of having the best possible representation on this docket," Eckhardt says. "And that's very gratifying to see."