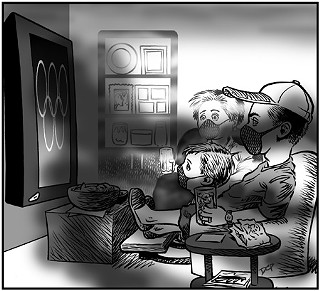 NBC bills its Olympics coverage as "the most ambitious single media project in history," but local NBC affiliate KXAN's on-air coverage has been noticeably old-school. While the station's website bubbles with information and video, KXAN's newscasts are sticking to the standard local-news format, relying on quickie sound bites and stale live shots to chronicle the dramatic events in Beijing, which the station assures viewers is a huge local story.

KXAN is the only local station with a crew in China, which KXAN's anchors remind us over and over again is "halfway around the world." NBC paid $900 million for the television rights, giving the network and its affiliates complete control of any video from the games, as well as the right to flip the bird to its competitors.

With no video, the other local stations are treating the Olympics as slightly less newsworthy than LakeFest in Marble Falls. In the last week, they've given more coverage to Longhorns football practices, a Cowboys preseason game, the Astros race for the cellar, and a local hula-hoop demonstration. The night before the start of the games, CBS affiliate KEYE gave more airtime to a python that "gets cozy with a weatherman on live TV."

KXAN's three-man team in Beijing, led by sports guy Roger Wallace, is part of a contingent assembled by LIN Television, which owns KXAN and 28 other stations. In addition to their KXAN duties, they're filing reports for other LIN stations, which helps defray the costs, said news director Michael Fabac. While sending a crew "halfway around the world" may seem a tad excessive in a time of widespread newsroom cutbacks, Fabac says the Olympics are an opportunity to "build the brand," as well as a chance to cover the exploits of 20 local athletes. (KXAN might be the only station in town with a "brand manager.") The Olympic coverage "is money well spent," Fabac said. "It's important because of the local perspective."

Of course, a year ago KXAN wouldn't have devoted three minutes to swimming if Aaron Peirsol walked down Sixth Street naked. But the Olympics, as Bob Costas reminds us, transcend normal earthly events, so it's hard to argue with KXAN's decision to jump on the NBC bandwagon to chronicle the saga of the plucky local sports heroes.

If anything, given all the expense and millions flowing to new technology, you'd think KXAN's newscasts would be a crazy swirl of images and excitement, breaking away from the rigid daily format to offer the type of detailed reports and maniacal full-court press coverage that would send people scurrying to set their TiVos to capture all the exclusive local reports. What better chance to go hog wild?

Instead, KXAN's coverage, to this point (through the first long weekend), has been the typical TV-news fodder – a few profiles, 20-second interviews with locals, and the obligatory one minute of happy-talk with Wal­lace, standing in front of the stadium known as the Bird's Nest. The local team has filed a nice profile of swimmer Eric Shanteau, who is battling cancer, and is clearly hustling to get interviews with local athletes and their families, but the main thrust of the "coverage" is always the live shot of Wallace standing in front of the stadium. The key "localness" is apparently Wallace's banter with the KXAN anchors, allowing Robert Hadlock to ask probing local questions like, "I know you don't speak Chinese, but the people [of China] must be very proud of what happened last night." (As it turns out, yes, in fact, the Chinese people seemed quite proud, Wallace said, providing "exclusive" local insight.)

To his credit, Wallace is showing himself to be a live-shot machine. No matter the time of day, he looks cool and relaxed, effortlessly handling the grueling duty of crafting a never-ending stream of quickie reports, snappy intros, and mindless banter with anchors.

But, as The Daily Show mocks nightly, Wallace might as well be standing in front of a blue screen in an Austin studio for all it matters – a joke TV news executives still don't get. During its 6pm newscast Monday night, KXAN went live to Zilker Park, where a limb had fallen off a tree the night before; then they went live to a highway overpass, where police chased a drunk driver nine days earlier; and then, a few minutes later, they were live from Beijing. It was up to viewers to decide if the live shot in front of the tree was more exciting than the live shot from the Bird's Nest.

The spotlight program for KXAN is the "Olympics Zone," which is airing nightly at 6:30pm. Essentially it's a localized version of a national NBC package, offering KXAN a chance to feature more local results and a few more local sound bites. Monday's show included a lengthy post-press-conference interview with local softball champ Cat Osterman and an inane package from NBC on how to use chopsticks.

Only on the Web does the coverage really come alive. NBC's site is overflowing with data, video, and live coverage on every sport from archery to wrestling.

On KXAN's site, Wallace and his two partners, Todd Bynum and Thomas Costley, blog about their days and use flip cameras to record some of the swirl of activity around them. They don't have much to say, and the video of the daily buffets is getting old, but at least they're providing some fresh insight into the event. So far, the most entertaining segment of KXAN's coverage has been flip-camera video, posted on YouTube, of the crew looking for a Starbucks in Beijing.

More than anything, the Web postings show the crews working nonstop, barely leaving the loop of hotel, press conference, and media room as they try to fill the stations' never-ending appetite for meaningless live shots and quick sound bites. You get the clear sense they have little time to do anything but log tape and make their satellite hits, even as a million stories swirl around them.

Now that private equity firms have officially taken over radio giant Clear Channel, plans are moving forward for Clear Channel to sell local station KFMK-FM, Jammin' 105.9. The new owners agreed to sell 55 stations as part of their deal with the Federal Com­mun­ications Commission. KFMK is being held in a trust while the company solicits buyers, according to local market manager Pam McKay. 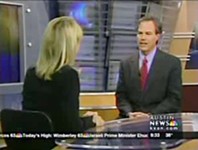 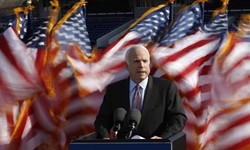