Tweet
print
write a letter
Although the members of the new Texas Criminal Justice Integrity Unit met for the first time Aug. 6, Court of Criminal Appeals Judge Barbara Hervey, who created the unit, says that members are already hard at work, looking at a myriad of issues that effect the quality of criminal justice in Texas.

Responding to years of complaints about problems with the state's criminal justice system and the growing number of wrongfully imprisoned men, most exonerated through DNA testing, Hervey in June announced the creation of the unit, which she hopes will serve not only to educate but to help suggest legislative reforms to the state's much maligned justice system.

Indeed, members noted at last week's meeting that the group has a lot to do if it hopes to highlight areas in need of reform by the time the Legislature convenes in January. Indeed, Rep. Jim McReynolds, D-Lufkin, a member of the unit who has served on the all-important House Appropriations Com­mit­tee, noted that if any proposed reforms have a fiscal implication, now is the time to find funding. "We can't wait until January," he said. "We've got to accelerate this thing quickly and flesh out" possible reforms.

The unit is tasked with looking at a host of problem areas – including reforms to the manner in which eyewitness identifications are made (Innocence Project Co-Director Barry Scheck visited the group's first meeting to discuss model suspect lineup policies and procedures), how evidence is stored (San Antonio District Judge Sid Harle said he has polled district judges across the state to determine how many jurisdictions actually save DNA for post-conviction testing, noting, "I'm amazed so little is being done"), and how lawyers and judges are educated in the handling of post-conviction writs of habeas corpus. The CCA receives up to 8,000 writs each year, Hervey noted – many of which have to be returned to lower courts, where deficiencies have to be addressed before the appellate court can review them.

The group meets again on Sept. 25. 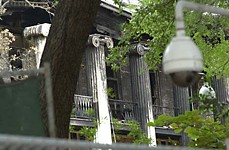 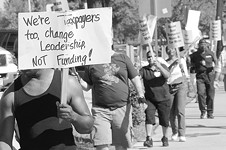