Enchanted Forest Not Out of the Woods 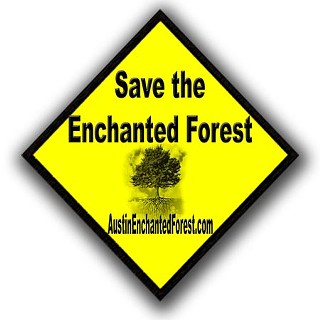 The future of the Enchanted Forest may be caught up in a tangle of city ordinances. After being told by the city's Public Assembly Code Enforcement team that the unique outdoor art space would not be allowed to renew its temporary-use permit because of various code violations (See Permit Woes, Aug. 1), on July 31 forest owner Albert DeLoach met with Mayor Will Wynn's Chief of Staff Rich Bailey and got mixed news. After the meeting, Bailey explained: "There should be some parts of the violations that should be relatively easy to fix, and he's already addressed some of those. But there are others that have to do with the 25-year flood plain and potential zoning issues, so he may have to go through the boards and commissions process. That's going to be a lot more complicated."

DeLoach said he is committed to reopening the forest and pushing on with his vision of creating a sustainable art community there. He hopes the code issues will be easily resolved: He has already removed much of the lighting and electric equipment that worried PACE, has dismantled several structures, and is working on raising fences. But rezoning could take up to a year.

In the meantime, DeLoach is trying to find ways to stay open in some limited way. He can host a maximum of 49 people on-site at any time, so small events, like dinner parties, workshops, and summer camps, could still be possible. He's also trying to find ways to redesign his annual Halloween Haunted Forest attraction, which he depends on to subsidize other events. "Before I do that," he said, "I want to talk to the police and see if I'm sticking my finger in someone else's eye."

Bailey said he hopes the forest's many supporters realize that this matter is an enforcement issue – directly subject to ordinance – and so council cannot intervene directly. However, he said the incident raises serious and broader questions about code enforcement, especially regarding how both the city and DeLoach could have been working under the presumption that everything was fine: After all, DeLoach had a city-issued permit that said it was. Bailey said, "I have to ask staff, 'Well, what exactly does a temporary permit allow?'" He added, "Perhaps the city has to work out a way to make sure temporary means temporary."

Permit Woes
Seeing the (Enchanted) Forest for the trees