Rise of the Rovians; and Bush's Oily Lies

The nasty fellow whose attack-dog, smear-tactic, lie-and-distort brand of politics lifted George W. into the White House twice has quietly slipped back into this year's presidential game. Yes, none other than Karl Rove!

His infamous search-and-destroy approach to political opponents turned his name into a verb – to "rove" someone. And now Rovians have moved inside John McCain's campaign. Not that Karl himself is directing the senator's political shop (though he has been giving pointers from the outside). Instead, it's Rove's political spawn who have taken over day-to-day operations.

Steve Schmidt, who's been described as a "political artillery shell," is now in charge of strategy and communications. Known as intense and hard-hitting, Schmidt has long been one of Karl's key henchmen. He has run Bush's campaign war room, served as counselor and spokesman for Dick Cheney, been Rove's point man on the battles to put Sam Alito and John Roberts on the Supreme Court, and was a member of Rove's exclusive "breakfast club" that plotted the Bush White House's political attacks.

Rove operative Nicolle Wallace, who was communications director in Bush's 2004 run, has been brought in to travel with McCain and keep him on message. Another Rovian, Greg Jenkins, was added last month to try to add some pizzazz to McCain's campaign events. He's a former Fox News producer and advance man for Bush.

Meanwhile, the swift boat slime crew that Rove orchestrated in '04 to trash John Kerry is back this year in the guise of a group calling itself Vets for Freedom. Pretending to be independent of the McCain campaign, it's already running ads that "rove" Obama on Iraq. Far from independent, its founder is a member of a McCain leadership team, and its line of attack directly mirrors that of the campaign. Welcome to another Rove election.

When it comes to energy policy, George W. has oil for brains. If he could, he'd lease out the Rose Garden so ExxonMobil could sink a well there.

Remember the lies the Bushites told while rushing Congress and the public into their Iraq war? Now they're using the same tactics to stampede us into an awfully oily energy future. Open up our coastal waters to more floating oil derricks, cries Bush. Unleash Big Oil on Alaska's wildlife refuge, and turn our national parks into drilling opportunities! More domestic production is the solution to $4 gasoline, he hollers, blaming those meanies in Congress for standing in the way of beneficent oil companies that want nothing more than to lower our prices. "The need for congressional action is urgent," he wails.

Big fat fib. First, opening up those public lands and waters would have no effect on gasoline prices. It would take years to develop any potential that is there, and even then the areas hold only a couple of years' worth of America's oil consumption.

Second, any oil produced is as likely to go to China or India as to us. These are global corporations with no loyalty to American consumers, and they'll sell anything they can extract from our public resources to the highest bidder. Indeed, there's nothing to stop China's oil company from winning these drilling rights and shipping the oil anywhere it wants.

Third, Big Oil doesn't really want more crude. They're reaping huge profits by keeping world supply short and are not even drilling on 68 million acres of public leases they already hold. Make them drill there before we expose even more of our natural resources to their contamination.

Fourth – and most important – we should be investing in a massive conservation push to consume less oil, not trying to squeeze a few drops more out of our already oil-soaked earth. 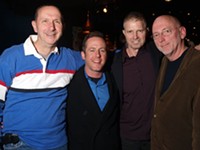 After a Fashion
On updo, blue rinse, hillbilly teeth, and Karl Rove, as only Your Style Avatar can muster 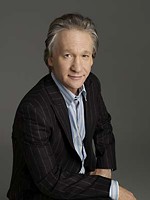