Cops Walk in Round Rock Shooting

Tweet
print
write a letter
A Williamson Co. grand jury has determined that the three Round Rock Police Depart­ment officers who fatally shot a naked man in front of his mother's home last April will not be criminally charged. The jury found that the officers – Sgt. Andy McKinney and officers Craig Cargill and Sandra Wright – had acted "reasonably," under the circumstances, when they responded to a domestic dispute call and ended up fatally pumping six bullets into emotionally disturbed 22-year-old Bobby Lee Williams, who had announced on the scene that he was "evil." At a press conference following the grand jury's no-bill, District Attorney John Bradley said it had not been the jury's job to decide whether the call could have been handled differently. But to many, that question will likely remain seminal for quite a while.

According to police, Williams had indeed run naked through the streets, assaulted a family member, wrested a baton from McKinney and clubbed him with it, then failed to drop the weapon when asked to do so by additional backup officers. After the officers' exoneration, WilCo brass said that Williams' death was unavoidable. "This was a complex incident that turned tragic," said Round Rock Police Chief Bryan Williams – though he also announced he's keeping the Internal Affairs investigation open. In addition, Williams' half-sister, Crystal Herrera, told the media: "My brother did not die in vain," and vowed to help RRPD and the community find better ways to handle calls involving the mentally ill.

At the press conference, Bradley narrated along to a video of the incident, taken by a dashboard camera, pointing out how a prone Williams had threatened the safety of officers by shaking the stolen baton at them from the ground. But judging from Bradley's own grand jury summary, published in full by the Round Rock Leader, Williams posed little threat to officers when they unleashed the fatal shots. After the struggle for the baton, McKinney shot Williams, inflicting a flesh wound. Then, as plainly shown on the video, Williams – still holding the baton – sat up and remained cross-legged a long while with officers hovering over him, guns drawn. This moment seems to have been an optimum time for officers to handcuff Williams. Instead, officers backed away from Williams as he got back up. According to Bradley's summary, Williams began "to walk 'at a hasty pace' toward ... several citizens. ... Officers 'fearing for the safety of the citizens' fire their weapons at Williams." Indeed, the officers needed only to walk hastily themselves to corner Williams before shooting him.

So the question remains: Will RRPD Internal Affairs consider why four armed cops (one didn't fire on Williams) couldn't subdue a wounded, psychotic, naked subject walking from them on foot?

Bradley also deflected concern over officer conduct, stating that the county should provide better mental-health services to prevent such tragedies. However, no mental-health officers appear to be on the scene in the videotape. Williamson County Sheriff's Office* took over mental-health duties per commissioners' decree in 2005 from the office of Constable Gary Griffin, who lives just a few doors away from the location of the shooting. Griffin questioned the sincerity of Bradley's concern for the mentally ill. He recalled Bradley once chastising him for having his mental-health deputies on the scene of another RRPD flesh-wound shooting. "He told me, 'Now look at this mess – they should have shot him, and he wouldn't be alive, and I wouldn't have to be dealing with all of this,'" Griffin said of Bradley. RRPD and the District Attorney's Office could not be reached for comment.

*Due to editor error, the original version of this story mistakenly said that the RRPD took over mental-health duties rather than the Williamson County Sheriff's Office. The Chronicle regrets the error. 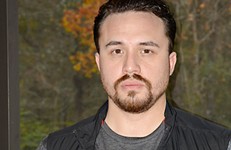 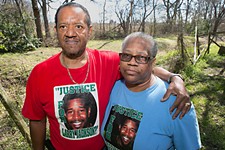