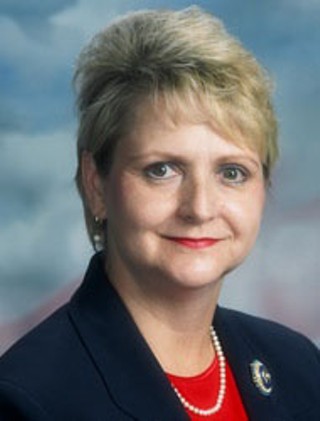 Adding to the string of dubious edicts delivered from her bench, on May 21 Burleson Co. District Judge Reva Tows­lee-Corbett denied a writ filed by Anthony Graves' defenders, who argue that the charges against their client should be tossed because the state's attempt to retry Graves violates his right to due process and amounts to double jeopardy. Towslee-Corbett's latest ruling reaffirms the position she took last summer, concluding that the testimony of a dead man, Robert Carter, could be used as evidence against Graves at trial – even though the fact that Carter is dead, executed by the state in 2000, would certainly preclude Graves from exercising his Sixth Amendment right to cross-examine the witnesses against him.

Indeed, the dead-man-testimony issue lies at the heart of the writ filed by Graves' new defense team, attorneys Kather­ine Scardino and Jimmy Phillips Jr. They argue that because Carter's coerced and perjured testimony at Graves' original 1994 trial was crucial to the 5th U.S. Circuit Court of Appeals decision in 2006 to vacate Graves' conviction, the state cannot now use that tainted testimony in their attempt to secure a second conviction.

Carter, convicted and executed, fingered Graves as his accomplice in the 1992 multiple murder of Bobbie Joyce Davis, her daughter, and four grandchildren. Graves has maintained his innocence, and none of the physical evidence links Graves to the crime. Carter later recanted, telling Graves' lawyers that Graves was not at all involved in the grisly murders, that he'd merely plucked Graves' name out of the air (he'd seen him earlier on the day of the murders), and that he had done so to protect his wife, Cookie, from police scrutiny. (Indeed, minutes before his execution, Carter again swore Graves was innocent: "Anthony Graves had nothing to do with it. I lied on him in court.")

What Graves did not know at the time of his 1994 trial, however, was that Carter had already recanted his statement implicating Graves in the murder to then-Burleson Co. District Attorney Charles Sebesta, before Sebesta put Carter on the stand at Graves' trial. Not only did Sebesta fail to provide the exculpatory evidence to the defense – as required by law – but he ignored it in presenting Carter as a witness, allowing perjured testimony to be entered into the record. After more than a decade of appeals, the 5th Circuit in 2006 overturned Graves' conviction based on Sebesta's misconduct: "[I]t is obvious from the record," the 5th Circuit opined in 2006, "that the state relied on Carter's testimony to achieve Graves' conviction."

Notwithstanding the 5th Circuit's conclusion, Towslee-Cor­bett ruled that the transcript of Carter's questionable testimony would be allowed in court. (How, exactly, she came to that conclusion is entirely unclear, given that the U.S. Supreme Court has said – in an unrelated 2004 case – that nothing short of direct confrontation will satisfy the Sixth Amendment. Asked about this last week, Patrick Batchelor, the special prosecutor assigned to handle Graves' retrial and who sought Towslee-Corbett's permission to use Carter's testimony, told me that it wasn't his "job to argue or explain" his position to a "nonlawyer." In short, he said, "I argued it in court, and the judge agreed with me." So there.)

But allowing Carter's testimony in court, says Scardino, is a clear violation of Graves' right to due process – and sets up a clear case of double jeopardy. The defense argument goes like this: In finding that the state essentially suborned perjury from Carter at the trial and failed to provide to Graves information that Carter had recanted the portion of his statement inculpating Graves, the 5th Circuit ruled that the district court could not again allow the tainted testimony to be used as evidence against Graves. By ruling that the testimony would be allowed, Towslee-Corbett has thumbed her nose at the federal bench, once again stacking the evidentiary deck in favor of the state. And as such, the state has placed Graves in the exact path of disaster that already caused his conviction to be overturned – a circumstance that Scardino and Phillips say amounts to double jeopardy. "The 5th Circuit said [the state could] retry" Graves, says Scardino, "but that he can never be put back in the same situation he was put in at the earlier trial." By allowing the tainted testimony, she says, Towslee-Corbett has done just that.

Scardino and Phillips are in the process of appealing Towslee-Corbett's ruling to the Court of Criminal Appeals. Graves' trial date, set for July 7, will likely be reset, pending the outcome of the appeal.