AG and Dems Settle ... Then Fuss

Voting fraud lawsuit ends in 'victory' for both sides 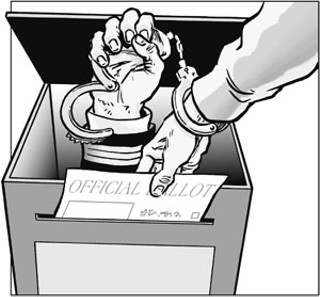 Don't you love it when everyone wins? A settlement agreement last week in the case of Willie Ray v. State of Texas was quickly followed by dueling press releases from Attorney General Greg Abbott and the Democrat-affiliated Lone Star Project claiming victory for their respective sides.

In 2006, six named individuals and the Texas Democratic Party filed suit in federal court alleging that Abbott was enforcing inappropriately a provision of the Texas Election Code, which forbids one person from possessing another person's ballot. Abbott had prosecuted 26 cases for apparent "voting fraud," but the six plaintiffs in this suit claimed that they were merely trying to deliver the mail-in ballots of a friend or relative and that the AG's enforcement of the law was overbroad. As was noted by The Dallas Morning News, in 18 of the cases, "the voters were eligible, votes were properly cast and no vote was changed – but the people who collected the ballots for mailing were prosecuted." The plaintiffs also noted that the majority of the Republican AG's prosecutions were against racial minorities, and all were against Democrats – thus, they charged, Abbott's enforcement was less about preventing fraud than a means of suppressing and intimidating Democratic voters.

On May 28, shortly before the case was to go to trial, a settlement was announced. The plaintiffs dropped the suit after getting concessions from Abbott's office to clarify the factors under which investigators must consider whether to pursue violations, including: the seriousness of the offense, the effect on the election outcome, and the intent of the violator, among others (see "Enforcement Standards," below). The agreement also said that the AG's office would prioritize cases according to these factors: "Under these guidelines, a single complaint of alleged illegal ballot possession with no other aggravating factors would receive less consideration for investigation and, if warranted, prosecution, than a case involving multiple instances of an effort to manipulate or override the free will and exercise of the ballot by voters, or a case in which the person acted with intent to defraud the voter or the election authority."

Abbott quickly issued a press release declaring the settlement "the latest in a string of victories for the state of Texas, which consistently maintained that its efforts to protect the integrity of the elections process were entirely constitutional"; minutes later, the Lone Star Project – whose investigation into Abbott's prosecutions spurred the suit – sent out its own statement headlined "Texas AG Abbott Settles Vote Suppression Case: Terms Favor Plaintiffs." Each side claimed that it was approached by the other with a request for settlement.

"Election fraud is a serious crime that undermines our democratic system of government," said Abbott. "After more than a year and a half of pretrial maneuvering and discovery, the plaintiffs discovered that their claims were without basis in fact or law. Today's dismissal marks an important victory for the integrity of the electoral process."

The Lone Star Project had a very different take. "By agreeing to this settlement, the Texas Attorney General has essentially acknowledged that those who have been prosecuted to date for hypertechnical violations of failing to sign a mail ballot envelope did not commit any fraud, as he has falsely claimed for years."

"It is not surprising that Greg Abbott would attempt to spin this as a victory for his office," said LSP Director Matt Angle. "But the fact remains that he changed his prosecution policy because he knew that his office was racially selectively prosecuting minority activists and Democrats for hypertechnical violations of the law."

"The settlement should put an end to Attorney General Greg Abbott's use of taxpayer dollars to selectively prosecute Dem­o­crats who were 'guilty' of nothing more than helping a friend or neighbor who is elderly or disabled get their perfectly legal ballot to the mailbox," said TDP Chairman Boyd Richie.

The court statement that accompanied the settlement of Willie Ray v. State of Texas did not "create any rights" or hand down hard-and-fast rules for the attorney general's office in investigations and prosecutions but created "guidelines" for OAG investigators and prosecutors to factor into pursuit of cases of illegal possession of another person's ballot, as below.

• Seriousness of offense according to statute

• Effect of conduct on election outcome

• Number of voters affected by conduct

• Role of the subject in the overall activity

• If the case involves "ballot harvesting," the mental and physical condition of the voter(s)

• Whether as a result of alleged illegal activity, an eligible voter was prevented from voting or having his or her vote counted

• Evidence of knowing, intentional violations of the Election Code

• Whether the subject was a public official, or a candidate for public office, when the alleged criminal activity occurred 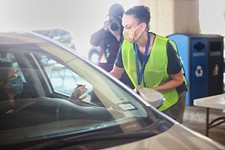