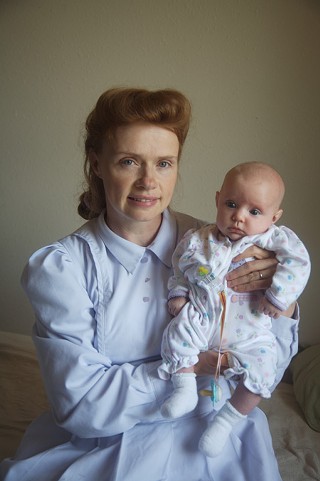 A three-judge panel of the Austin-based 3rd Court of Appeals ruled May 22 in favor of 38 mothers, all members of the Fundamentalist Church of Jesus Christ of Latter-day Saints, agreeing that the state failed to prove that any of an estimated 130 children faced an immediate threat to their "physical health or safety" to justify the state's removal of them (along with several hundred other children) from the polygamist sect's ranch outside Eldorado last month. State District Judge Barbara Walther erred in granting the state sole custody of the children when no evidence existed to suggest such extreme measures were warranted, the court ruled, directing the judge to vacate her order allowing the state to take custody. The ruling could result in more than 400 children being returned to the custody of their parents within the next two weeks. "We find that [Child Protective Services] did not carry its burden of proof under" the state's Family Code, which sets out circumstances under which the state may take the extraordinary measure of removing children from parental custody without first having the case heard in court, opined Chief Justice Kenneth Law and Justices Bob Pemberton and Alan Waldrop. "Consequently, the district court abused its discretion in failing to return the ... children" to their mothers.

The 130 children were among 463 taken from the ranch in April, after officials received a phone call from a woman claiming to be a teenage mother and seventh wife of a 50-year-old man being held against her will at the ranch. With that information alone, hundreds of CPS investigators and police executed a raid of the nearly 1,700-acre gated Yearning for Zion compound, where members of the polygamist Mormon breakaway sect have lived since 2004. Officials never located the 16-year-old alleged to have made the call, and it now appears the call was a hoax. Nonetheless, the state took custody of every child living on the ranch, arguing that they were in imminent harm of being abused. Last month CPS officials said that nearly three dozen pregnant teen girls were taken from the ranch – a circumstance they said was proof that the young girls at the ranch in particular had been victims of sexual assault. Since then, however, CPS has conceded that 15 of 31 pregnant females are actually adults, according to the Associated Press. That number includes two women who have given birth since the raid. Although the two are of age, the state has kept custody of the newborns.

But the mere fact that a teenager is pregnant is not evidence in and of itself that any crime has occurred, the court noted. Under state law, for example, a 16-year-old may marry with parental consent. And while polygamy is illegal in Texas, the state has offered no evidence to demonstrate that any of the pregnant teens are polygamist brides. In fact, the justices noted that the state has so far failed to prove that any of the children belonging to the 38 mothers involved in the appeal were in physical danger or that any of their children are among the pregnant teens.

The state has argued that the FLDS' religious beliefs alone constitute a danger that creates the urgent need to remove all of the children, but without offering specific proof. At best, the state has demonstrated a penchant for seriously crappy logic – but it has not yet proffered enough to prove its actions were measured. And that's what the court concluded: "The existence of the FLDS belief system as described ... by itself, does not put children of FLDS parents in physical danger," the court wrote. "It is the imposition of certain alleged tenets of that system on specific individuals that may put them in physical danger." (Indeed, the state entered the ranch under the premise that the FLDS is one large "household," even though officials "acknowledged that the ranch community was divided into separate family groups and separate households," the court wrote. "While there was evidence that the living arrangements on the ranch are more communal than most typical neighborhoods, the evidence was not legally or factually sufficient to support a theory that the entire ranch ... was a 'household'" as defined by law.)

Amy Warr, an Austin appeal attorney who handled the 38 mothers' case with the 3rd Court, said her clients were thrilled with the decision, and they hope they'll soon be reunited with their children: "[R]ight now we know that these kids are being harmed by being separated from their parents," she said. "That's the only harm we're sure of right now." Warr said that although the court's ruling was directed specifically at the 38 women who sought court relief, the substance of the opinion would appear to cover many, if not all, of the children who were taken from the ranch. It will be up to their parents to ask Judge Walther to apply the court's ruling to their circumstances.

How quickly the children might be reunited with their parents is unclear. On May 23, the state appealed the 3rd Court's ruling to the Texas Supreme Court and has asked the court to issue a stay, preventing the return of any children to their parents until the Supremes have a chance to rule on the case. In their brief to the court, lawyers for CPS argue that the mothers haven't proven definitively which children are theirs – and the results of DNA tests are still pending. To allow the children to go back now would be to send them to an "environment [where] the practice of forcing underage girls into marriages and resulting sexual relationships with ... older male adults was an institutional practice, a practice which was supported by the alleged mothers," the state wrote. The state has offered no more specific proof of its allegations.

Even if the children go home, the state can continue its investigation, says Warr, to try to firm up the allegations already made. But, she says, "they'll really have to come forward with some new stuff." For sure, there are concerns that if the children go home, they'll soon be taken out of the state – perhaps to FLDS property in Canada, South Dakota, or Colorado – and away from CPS' prying eyes. Still, it would seem that if the state loses its case, it will have no one to blame but itself. "They just really jumped the gun," says Warr. 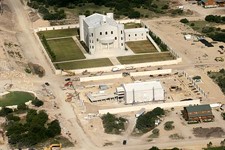