City Council is about to overhaul a fairly obscure part of the city's zoning code that has big ramifications on Austin's larger development projects. The code applies to planned unit developments, which are negotiated between developers and the city on large-scale projects in which some of the city's zoning guidelines – like compatibility and density – are waived because council considers the benefits of the projects' superior designs to outweigh the variances the city would offer to the developers.

A good number of master-planned communities have come into the city under a PUD – the Domain was a PUD, as was the redevelopment of the Hyatt Regency property on Lady Bird Lake. And the bigger Austin gets, the more PUDs land on the council agenda. But, frankly, some of them have landed with a thud lately. The redevelopment of the Concordia University property, in particular, bedeviled City Council – eventually a facilitator had to be brought in to hammer out a final agreement. So a task force – with not one but three council members – has formed to overhaul the ordinance.

Right now, a 15-page version of the revised PUD ordinance is making the rounds of boards and commissions with the goal of hitting council in June. The draft includes two big changes: 1) an initial screening process by a three-member panel of council members to determine if a plan should be a PUD and 2) a two-tier system that defines both baseline requirements and suggested additions to meet the definition of "superior development."

Council Member Mike Martinez, who serves on the task force with colleagues Lee Leffingwell and Brewster McCrack­en, said the ordinance leaves the definitive policy discussion on one of the city's most flexible land-development tools at the council level – right where it should be. "Previous PUD requests have labored for months and, in some cases, over a year with neighbors and developers going back and forth negotiating a development, only to bring it to council at the end, precluding the council from policy direction or input in the negotiated process," Martinez said. "These revisions will require that any PUD request begin at the council level and end at the council level with final approval."

It's no surprise that these changes – which set out more requirements on developers – are not being met with a great deal of enthusiasm by the Real Estate Council of Austin. At a Planning Commission subcommittee meeting, Julia Kelderman, RECA government relations director, described the final product as rushed and without consensus. "We do appreciate the concerns," Kelderman said. "However, we're really not supporting it right now in its entirety. We're concerned that the intentional flexibility is being taken away by some of the components of the ordinance. We're also concerned about a process where a three-member committee – and not the full council – could stop a project before it even gets started. We think it's way too early to deny a project at that point."

Martinez disagrees with that assessment, saying that the revisions do not remove any level of flexibility that the current ordinance contains. Instead, he says, it simply puts a much greater emphasis on the definition of "superiority" and gives the council full policy discretion when it comes to shaping larger developments. 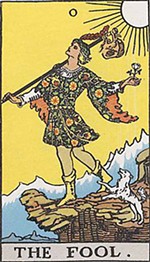