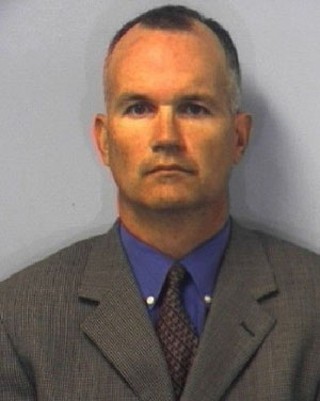 For a species that spent the last two centuries on the verge of extinction, the Ameri­can bison appears to have a bright future, with the animal becoming prized among ranchers. But Austin-based Colorado landowner Jeff Hawn is facing 34 felony counts for hiring local hunters to kill 32 bison belonging to his neighbor after they wandered on to his ranch in Park County, Colo.

Hawn is no traditional Texas rancher. A UT-Austin graduate with a Master of Business Administration, he is chairman, president, and CEO of information technology firm Attachmate and a board member for several other companies. According to the affidavit filed by the Park Co. Sheriff's Office, Hawn bought the Norman Ranch in Park Co. through Waters­edge Properties LLC, in which he holds a 50% share. Last winter, he entered a feud with his neighbor Monte Downare over the intruding bison. "Part of the problem in Park County was high snows," said Dave Carter, executive director of the Nation­al Bison Association. Foraging was poor this winter, and bison will travel to find better food. A three-strand barbed-wire fence like the one Hawn erected was no barrier at all.

Hawn's lawyer, Stephen Csajaghy, wrote to Downare on Jan. 28, threatening legal action and a hunt if the bison trespassed again. In a Feb. 25 letter to one of the hunters, Hawn wrote, "No governmental entity has jurisdiction over trespassing buffalo on my private lands." He referred to "the former owner of the buffalo" not helping remove them and told the hunters they may "hunt them and remove them, or you may remove them live and take them to the location of your choice." In what almost seems like a good-faith gesture, on March 10 Watersedge filed a civil suit against Downare; his father, Vaughn; and his company, Elk Mountain Cattle Co. But even though Downare had 30 days to respond, six days later the slaughter began.

While wild bison numbers are still below 100,000 for the entirety of North America, bison breeding is big business. Bison are commercially ranched in all 50 states, even Hawaii. A 2002 U.S. Department of Agriculture survey estimated that there are 231,000 farmed bison in the U.S., with 392 bison ranches in Texas alone, but the National Bison Association estimates the number of animals is now closer to 270,000. (Although the words "bison" and "buffalo" are often used interchangeably, they are different species. The association encourages members to make the distinction, because some common products, like buffalo mozzarella, come from the European water buffalo.) Demand for the meat, seen as a healthy beef alternative, is high and has the advantage for farmers that bison prosper on land unsuitable for cattle. "Right now, we're talking to ranchers about expanding their herds and deer folks getting into the business," said Carter.

But controversy has followed the roaming bison. Cattle farmers claim they can transmit the disease brucellosis to cows, though there is still no scientific consensus on how infectious it is. The federal General Account­ability Office published a report in March condemning Yellowstone National Park for a brucellosis management program that boiled down to slaughtering more than 1,600 of its wild bison – more than 40% of its herd.

In Park County, how the animals died, and what happened to their corpses, caused some of the greatest outrage. The bison were shot and left to rot where they fell: Experts from the Colorado Department of Agri­cul­ture said they may have lain dead for more than three weeks. Carcasses were found on two neighboring ranches but also on U.S. Forest Service and Bureau of Land Management property. However, the Park Co. sheriff said there's no sign that the federal government will press charges.

The problem for Hawn is that just because the bison were on his property does not mean he had any rights to them. Since the 1880s, Colorado has had open range ordinances, whereby livestock can roam freely and it's up to landowners to fence them out. Hawn had put up a barbed-wire fence, but it wasn't sufficient to keep out bison, which weigh up to 2,000 pounds and can scale or leap a 6-foot barrier. Under open range law, all he could do legally would be to corral the animals and sue the owner for damages. Hawn has hired Den­ver-based attorney Pamela Mackey (famous for representing Kobe Bryant in his 2004 sexual assault trial), who declined to comment.

Now it's Downare who may get damages, since the bison were valued at $77,000. He had already filed a civil suit before Park Co. filed criminal charges. But as bison farming expands, these clashes between their breeders and other landowners may continue. "If you have good feed and good water, bison will generally stay put," said Carter, "but there isn't a fence around that will keep them in." 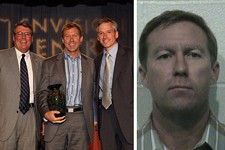