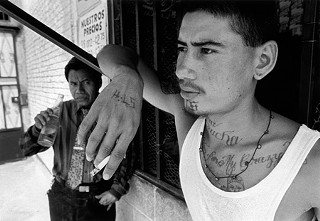 • Move over McMansions, and make way for alley flats! The U.S. Green Building Council has recognized the University of Texas with an award for its innovative alley-flat program run out of the Center for Sustain­able Development. Alley flats are small homes or work spaces (less than 850 square feet) that can be built along alleys on underutilized lots, are cost-efficient, and feature environmentally friendly design elements. These types of dwellings fit perfectly on so-called "underutilized" East Austin lots, where the existing houses are small and sit on full-sized plots of land bordering alleys. The UT program is subsidizing the construction of two alley-flat prototypes. Go to www.thealleyflatinitiative.org for more information. – Michael May

• With a somewhat uncharacteristic minimum of hyperbole, you can say the end of an era is here: Mike Levy, the outsized, outspoken founder and publisher of Texas Monthly, is stepping down from the magazine Aug. 31. "Simply put, the 35th anniversary of Texas Monthly in February prompted me to make a very personal and difficult decision," Levy writes in a group e-mail. "I'm ready to turn the torch over to those who are here." Levy founded Texas Monthly in 1973; he's remained publisher ever since, through the $37 million, 1998 sale of the magazine to Emmis Broadcasting. Levy's also an irascible player in local politics, weighing in on City Council elections and, most famously, EMS response times. Leaving with Levy will be his longtime assistant, Pam Keller, who, Levy says, will assist him with the Meyer Levy Charitable Foundation and "establishing a consulting practice focused on marketing, and exploring community endeavors of interest to me." Levy said of his retirement: "The most difficult part of all for me will be not being with the wonderful people here, the humanity of Texas Monthly. I guess I will never really 'leave.' I just won't be here." – Wells Dunbar

• The Austin Independent School District has released preliminary results for the math portion of the Texas Assessment of Knowledge and Skills test taken by fifth and eighth graders on April 8. This is the first year that eighth graders must pass the math TAKS to be promoted, as well as fifth graders. Austin students have made improvements but still trail the state averages. Around 80% of Austin fifth graders passed the test, compared to 83% statewide. The gap is about the same for eighth graders, with 71% passing locally compared to 75% statewide. Still, it's perhaps unfair to compare Austin to the state as a whole. AISD is an urban school district educating students that are increasingly coming from low-income households and speaking English as a second language. Around 1,200 students will retake the test on May 13. – M.M.

• Pictured here is just a sample of the estimated 1,200 magnets collected off the 10,000 refrigerators and freezers that have been recycled through Austin Energy's Refrigerator Recycling Program. The utility started the program in 2005 to remove old, energy-hungry appliances from Austin homes and has reached the 10,000-fridge benchmark six months earlier than expected. Customers receive a $50 rebate per appliance through the program, and AE picks the machines up itself before bringing them to the Appliance Recycling Centers of America facility, which can recycle up to 98% of an appliance and ensures safe disposal of the potentially toxic refrigerants. Sadly, the Guinness Book of World Records doesn't give an award for biggest fridge-ornament collection, but the program – apparently unfazed by lack of recognition – continues to rack up impressive stats, including 1,000 tons of metal and 4,000 pounds of refrigerants salvaged, plus 9.2 million kilowatt-hours of energy saved (cutting carbon-dioxide production by 5,968 tons). The program has already recycled 90 more appliances just since hitting the 10,000 target on May 6 and is on track to recycle its 20,000th unit by 2011 – a year ahead of schedule. To arrange for your own fridge pickup, call 800/452-8685 or see www.austinenergy.com. – Richard Whittaker

• From partying with Will Wynn to chillin' with Allen Demling, City Hall Hustle bum-rushes the election night parties in a politico-packed election special you (and our elected officials) won't soon forget. Peep "Poppin' E: Election Reception Roundup," this Thursday, featuring Wynn, Lee Leffingwell, Randi Shade, Laura Morrison, Cid Galindo, and many, many others, hosted by the City Hall Hustler himself, Wells Dunbar. Do it vloggy-style, only at austinchronicle.com/hustle.