The film-studio-to-be is, apparently, not to be 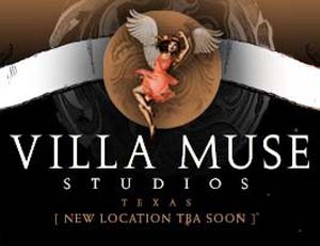 Villa Muse in Austin, R.I.P. The proposed 2,000-acre mixed-usage development in eastern Travis County, with a film studio at its heart, is officially dead. The developers broke off negotiations with the city of Austin on Monday. In a statement, Villa Muse CEO Jay Podolnick said, "We feel the time has come to just agree to disagree."

Mayor Will Wynn said that he was "very disappointed" with this decision, especially since the city had been working so hard to come to some arrangement with Villa Muse. The developers wanted their project released from the city's extraterritorial jurisdiction – the zone, extending five miles beyond city limits, within which developers must apply for city approvals or exemptions. In a 4-3 vote on March 6, City Council rejected the request, but the city and the developers had kept up negotiations.

The final breakdown came over how to finance the construction of infrastructure like roads and schools. According to Jerry Converse of Villa Muse's law firm Fulbright & Jaworski, city staff suggested putting the development into a city-run public infrastructure district. But Garry Kimball of Villa Muse financial advisers First Southwest Co. called PIDs "untested and fairly inefficient" and said the plans would have increased taxes on Villa Muse residents by 25%, making it a riskier investment. Converse said the ETJ release would have given investors "assurances of being repaid their investments," which a PID could not provide. But city staff said the developer's alternative, to establish an independent municipal utility district, could mean uncontrolled building in the city's desired development zone.

Wynn said he could not understand why the developers took this path, since the city had offered everything from joint public financing of utilities to delaying annexation by decades to assist them. "If all this project needs to be successful is to not be in this ETJ, then there are tens of thousands of acres of lands immediately adjacent to this property that aren't in the ETJ," he said.

So where now for Villa Muse? Converse said there are negotiations with other Texas cities (Fort Worth and Bastrop are rumored) and plans to break ground elsewhere before the year's end. Meanwhile, while Villa Muse did not own the property in Travis County, they hold options to buy it. Converse does not know what they plan to do with those options. 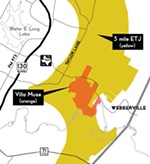