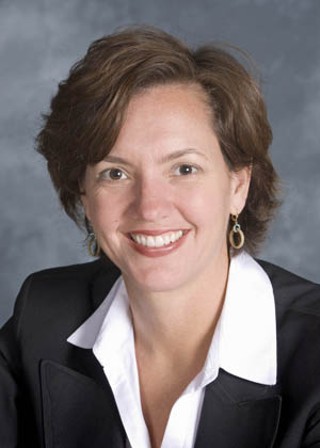 Send the robocalls to voice mail, and stuff the mailers where the sun don't shine: Believe it or not, there's news out there off the campaign trail.

City Hall watchers were jolted by an unexpected, if not entirely surprising, announcement last week: Assistant City Manager Laura Huffman is leaving the city to direct the Texas chapter of the Nature Con­serv­ancy. "I am writing to officially submit my letter of resignation from the City of Austin, effective May 16, 2008," Huffman wrote City Manager Marc Ott Tuesday, April 29, calling her time "a wonderful and rewarding experience." Despite conservancy offices in San Antonio, lifelong Austinite Huffman will continue to reside here.

Wonder if she'll try to speed up that Austin-San Antonio rail connection before she leaves?

Huffman first worked for the city from 1990 to 1994, initially in the auditor's office, then for the city manager. She then left for the party-school environs of San Marcos, where she served as assistant city manager until 2002, before returning to Austin as assistant city manager under a mentoring Toby Futrell. As her profile rose at City Hall, the politically connected Huffman was widely considered Futrell's heir apparent. However, in early January 2008, Huffman was pointedly not selected as one of five city manager semifinalists, and on Jan. 17, Ott was named to the position. Huffman says city politics played "really no role" in her decision, which she described as six weeks in the making. "I have known Marc for a while professionally. I think the world of him. I think he's doing a beautiful job of transitioning into this community and this organization." But, she says, the Nature Conservancy offered "an opportunity to work on something that's so significant and so important to me, I couldn't pass it up." The Nature Conservancy preserves land and green space through land acquisition (often direct purchases) and conservation easements. Huffman takes over from an acting director installed when previous Director Carter Smith left to head the Texas Parks & Wildlife Department. Says Nature Conservancy spokeswoman Niki McDaniel: "She's got a great background and a broad range of experience. She's very committed to conservation."

Huffman's is the second high-profile resignation at the city in as many weeks; Chief of Staff Kristen Vassallo recently resigned to spend more time with her family. It's the latest in a series of changes and reassignments among top city leadership (follow closely): ACM Mike McDon­ald has been detailed to oversee police contract negotiations, while ACM Bert Lumbrer­as oversees McDonald's public safety departments; David Lurie stepped into Lum­brer­­as' old position as community services ACM; Ott also tapped Fort Worth's Robert Goode as newly created transportation services ACM. Ott plans on filling the chief of staff position and will conduct a national search to fill Huff­man's position – but it's increasingly clear the Tobyocracy that ran City Hall from the third floor won't be replaced any time soon.

City Council has a meeting today, Thursday, May 8, its last before Saturday's polls irrevocably alter its makeup. A late addition is a Mike Martinez-sponsored resolution (with Lee Leffingwell) to establish a Hispanic Quality of Life initiative (see "Naked City," for more). A resolution from Betty Dunkerley and Sheryl Cole requires all new homes and duplexes adopt "visitabil­ity" standards for the disabled. (Maybe the Austin Board of Realtors can put up a website to knock that too!) Hoping to stave off unpleasant surprises (good luck with that), Martinez and Leffing­well direct the city manager to start zoning all of Austin's unzoned plats. Also, during the evening's public hearings, Martinez's once-bitten, twice-shy billboards ordinance returns (see "Billboard Battle Continues," May 2), looking less like the scenic roadway roadkill it originally resembled.

Hit a fork in the road? Tell BTP all about it at wdunbar@austinchronicle.com.

Wanted: Austin City Manager
The search continues, whether the public knows about it or not