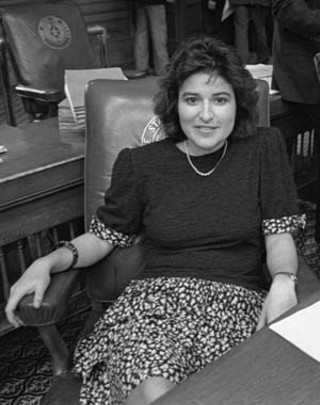 Former Austin Rep. Lena Guerrero strode fearlessly into the Texas House in 1985 and showed the boys how a woman gets it done. She was young, 27, and only the second Hispanic woman sent to the floor, following the Valley's Irma Rangel. Guerrero died April 24, at the age of 50, after a long battle against brain cancer. Observers remember her as someone with terrific political instincts. She could rally and organize. She was progressive without pandering, often pragmatic rather than partisan. She often used her charm and humor to her advantage in the heat of a debate, which won her friends on both sides of the aisle.

Then-staffer Harold Cook said Guerrero could be "ferocious and lovable, often at the same time." By the age of 31, she was appointed by Gov. Ann Richards as the first woman and first Hispanic on the Texas Railroad Commission, which sealed her fate as the face of the new Democratic Party in Texas. But her political future came crashing down when it was leaked to the media that Guerrero had failed to finish her degree at UT, despite claims to the contrary on her résumé.

Lobbyist Bettie Naylor, who met Guerrero when they both worked for the Texas Women's Political Caucus, remembers the strength of Guerrero's resolve and commitment. "What I remember about Lena is that, from the very beginning, she would talk to these guys in such a way that people really felt connected to her," Naylor said. "A lot of them would listen to what she had to say. And even when you disagreed with her, she never held it against you." Naylor said many in Guerrero's inner circle urged her to "come clean" about her lack of a college degree when the first reports surfaced, to no avail. In her later years, and even while she battled her illness, Guerrero was seen as a diligent and thorough lobbyist. Funeral services were held last weekend. She is survived by her husband, Lionel "Leo" Aguirre, and son Leo, as well as numerous family members in Austin.