Authorizing Torture; and Fencing Off Our Democracy

FENCING OFF OUR DEMOCRACY

Good grief, it's bad enough that the Bush-Cheney regime keeps usurping power to create an imperial presidency, but it's far worse that our Congress critters have been weaker than Canadian hot sauce, meekly giving away their own constitutional power to the autocracy.

Take "the fence," the 40-foot-high wall being built along 700 miles of our border with Mexico. This thing is monstrous, but even more monstrous is the unprecedented dictatorial authority that Congress handed to the Homeland Security czar to erect it. In 2005, our legislators gave carte blanche to Michael Chertoff to – get this – overrule any of our laws that he thinks might interfere with building this border barrier. Environmental law, labor law, property law – you name it – all can be voided on the unilateral say-so of Chertoff. Even Cheney, who claims to be his own branch of government, can't do that.

To make Chertoff's power absolute, Congress also took the astonishing step of banning federal courts from reviewing his decisions. And the czar has not been modest about asserting this autocratic rule, having already suspended more than 30 of our laws.

Two environmental groups are challenging this anti-democratic absurdity, arguing that Congress cannot hand over unbridled power to the executive branch. While a federal appeals court has ruled against the groups, they've appealed to the Supreme Court, which has never upheld such a wholesale delegation of power. Even though Congress itself surrendered its power, one of the Supremes wrote in a similar case, "Abdication of responsibility is not part of the constitutional design."

Congress' fence law sets a precedent that is an insult to our democratic ideals and a threat to our liberty. To learn more about the effort to overturn it, contact the Sierra Club: 415/977-5500 or www.sierraclub.org.

In 81 pages of chilling legalese, the Bush-Cheney regime reveals just how morally corrupt it is.

The pages, recently released under a Freedom of Information action, embody the administration's tortured legal reasoning for authorizing the torture of prisoners of war. These are the contents of a memo written in March 2003 by John Yoo, then the Bushites' top-ranking authority on the interpretation of our laws. The purpose of Yoo's memo was not merely to okay some heinous, clearly illegal, un-American acts against human beings, but – even more despicable – it also provides a detailed legal escape route so top officials would not be held accountable for authorizing such acts.

He asserts, for example, that policy-makers can legally permit such obvious abuses as water-boarding as long as interrogators don't actually intend to drown the person. Besides, he insists, in times of war, mere laws don't apply to the commander in chief.

Back in 2004, when the story and photos of Abu Ghraib shocked Americans and outraged the world, the troika of Bush, Cheney, and Rumsfeld clucked their tongues about the bad characters in that prison who acted with such depravity. The troika stood silent as a few of the grunts were punished and as Americans were left to wonder how the soldiers could stray so far from our nation's standards of decency.

Now, however, we see that this stain on our national honor didn't bubble up from the bottom; it was authorized from the highest level by officials who were determined to twist the law so they could do anything they wanted while exempting themselves from any responsibility. Meanwhile, Bush himself recently vetoed a ban on water-boarding, and he is keeping at least two other memos on the legality of torture a secret from us.

The immorality of the Bushites is corrupting America itself. 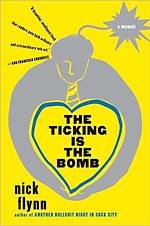