Lee Leffingwell (Photo by John Anderson)
Thirty days before an election is usually a good time to take stock of candidates' war chests to see just how flush – or flat – their campaigns are as they head into the final stretch. In the latest financial reports filed April 10, incumbent Lee Leffingwell and first-time candidates Cid Galindo and Randi Shade surpassed their competition in each of the three council races. Here's a closer look:

Money may not be completely predictive of an election outcome, but the rather obvious conclusion to be gleaned from looking at the campaign and expenditure reports in the Place 1 race is that Jason Meeker's challenge to incumbent Lee Leffingwell hasn't gotten much traction. In fact, Meeker isn't doing much better than the intentionally low-budget campaign of the third candidate in the race, Allen Demling. As of March 31, Meeker had raised $8,480 and still has $4,046 on hand. Demling has raised $460 plus a $1,177 loan, and he's spent almost all of it. Those molehills look mighty tiny in the shadow of Leffingwell's $121,466 raised this cycle. Combined with his previous balance, he still has $110,069 on hand.

Leffingwell's support is broad, reading like a who's who of the Austin political establishment and crossing party lines. Among the names we recognized on his list were former state Sen. Gonzalo Barrientos, Zoning and Platting Commission Chair Betty Baker, architect Sinclair Black, Republican County Commissioner Gerald Daugherty, philanthropists Joe and Teresa Long, environmental activist Shudde Fath, antique store owner Whit Hanks, and state Rep. Donna Howard, just to hit the highlights. And of course, other contributions that Meeker has tried to spotlight are the $9,300 Leffingwell took from attorneys with Armbrust & Brown, the firm that defended Lincoln Property in the Respon­sible Growth for Northcross trial that gave rise to Meeker's candidacy, and from Scott, Douglass & McConnico attorney Casey Dobson, who defended the city in that suit. Meeker was the spokesperson for RG4N; he has demanded that Leffingwell return the contributions, and Leffingwell has refused.

Meeker's support is definitely more limited, not only in size but also in breadth – of his 42 itemized contributions, 23 came from the 78757 ZIP code that surrounds Northcross Mall, seemingly indicating that anger over the Wal-Mart proposed for that property may be the only hook on which he can hang his campaign hat. – Lee Nichols 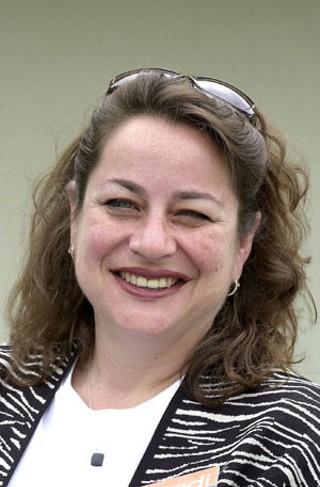 Looking through Randi Shade's list of campaign donors, one could assume that either a large number of City Hall insiders are completely bowled over by Shade's policy and political savvy or they're extremely eager to boot out the sitting council member, Jennifer Kim, whom they helped elect in her first bid, before she got crosswise with them. Of course, both scenarios could apply. Shade surpassed Kim in fundraising between Jan. 1 and March 31, collecting $96,487 to Kim's $84,284. While it's true that Shade's contributors include an assortment of big wheels in development and Downtown circles (Stratus developer CEO Beau Armstrong, land-rights lawyer Mike McKetta, Real Estate Council of Austin's Tim Hendricks), they also include well-off progressive Dems (such as former SafePlace Director Kelly White and husband/banker Bill McLellan), arts leaders (Zach Theatre Artistic Director Dave Steakley), and activists in the gay and lesbian community, including a respectable share of Austin power lesbians – whose ranks would include Shade if she's elected. (Not to dwell on the gay thing, but Kim, for her part, is also a friend of the GLBT community.)

Moving on, Kim's development-friendly donors include the Austin Apartment Assoc­i­ation PAC and architecture/engineering firm Carter & Burgess PAC, and developer/philanthropist Tom Meredith. Recently retired Public Works Director Sondra Creigh­ton also showed up on Kim's donor list, along with Texas Disposal Systems head Bob Greg­ory (the local alternative to rival waste giant Waste Management Inc.). Kim has also picked up support from the progressive 'roots crowd (Robin Rather, Brigid Shea) that backed her opponent, Margot Clarke, three years ago. All told, Kim has raised $141,000 since the start of the election cycle, while Shade has picked up $158,000 in roughly the same time period. The two candidates' spending totals are somewhat similar, with Kim dropping $55,640 to Shade's $60,306 since Jan. 1. As things stand now, Shade has the most money left in the campaign till – $103,125, according to her filings, compared to Kim's $74,088. A third candidate in the Place 3 race, Ken Weiss, reported contributions of $290 between January and March. – Amy Smith

In the crowded Place 4 race, Laura Mor­ri­son has collected the most endorsements, but Cid Galindo is hauling in the most cash. In the latest campaign-finance reports, Galin­do took in $82,750. Highlights include $300 contributions from the firefighters and police PACs, which endorsed Galindo early, plus contributions from several Downtown and development types, including boosters Andrew Clements and Charles Heimsath, and Real Estate Council of Austin members Tim Hen­dricks and Terry Mitchell. Law firm Brown McCarroll contributed $300 from its own PAC plus $300 from the firm, while Galindo patriarch Ramiro Galindo chipped in $600 with his wife. It's a far cry from his Jan. 15 reports, which only tallied $7,350 in contributions. He's spent more than $56,340, with $26,620 of that going to Fero Hewitt Global, firm of consultant and unmasked Internet troll Kelly Fero; the bulk went to ad buys, now omnipresent on News 8 Austin. Fero told political newsletter In Fact Daily, "We agreed to part so that he wouldn't have to answer for any fallout from the [Terry Keel/AustinPolitical Report.com] controversy." Galindo goes forward with $26,406 in the bank.

Morrison brought in more than $40,000, roughly the size of her first fundraising pass, and has bolstered that with an additional $40,000 loan to herself. Her contributors list reads like a who's who of Austin libs: Save Our Springs' Colin Clark, former council candidate Margot Clarke, County Commissioner Sarah Eckhardt, developer Perry Lorenz, former Council Member Brigid Shea, American Civil Liberties Union gadfly Debbie Russell, and Liveable City's Susan Moffat and Robin Rather. 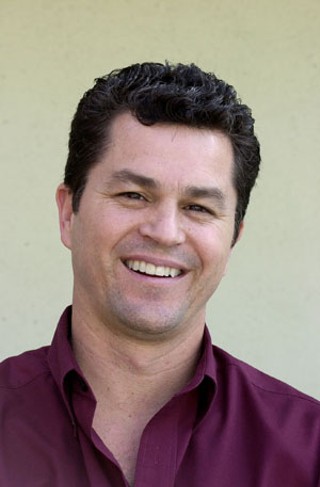 Robin Cravey places third, raising more than $24,000 this reporting period. However, he's spent more than $22,000 – more than $5,000 going to his daughter and campaign manager, Emma Cravey – leaving just over $1,500 cash on hand. He's also loaned himself just under $2,000. Perennial candidate Jennifer Gale reaped $48 in nonitemized contributions and a $500 loan; real estate locator Ken Vasseau garnered $10 while spending almost $1,100 on signs out of a $2,500 loan to himself. As of press time, Sam Osemene deigned not to file a report. – Wells Dunbar