Could City Living Save the Texas Youth Commission?

Tweet
print
write a letter
Saying he was "frustrated" by the lack of meaningful reform at the Texas Youth Commission, Sen. John Whitmire, D-Houston, backs a complete rebuilding of the state's juvenile corrections system, which has been plagued by widespread allegations of physical and sexual abuse. On April 4, after meeting earlier in the week with TYC Conserv­ator Richard Nedelkoff, Whitmire laid out his plan to end TYC's dependence on large rural encampments. "I've been saying since day one, most of what happened is because of where the facilities are," said Whitmire, who chairs the Senate Criminal Justice Committee.

The plan, which he hopes to bring to the Legislature next session, involves closing most of the existing TYC facilities and replacing them with smaller satellite facilities, near urban centers, and a single statewide secure facility for violent offenders. Since 90% of TYC students come from Dallas, San Antonio, and Houston, Whitmire argues that putting them near home allows family and community involvement in rehabilitation and gives TYC access to a broader hiring pool for guards, medical staff, and counselors. This access is certainly a real issue: Sheffield Boot Camp in West Texas closed in March because TYC couldn't hire enough employees. It would also allow for easier state inspections and, he added, media oversight.

The proposals follow what is nicknamed the "Missouri model," which has been supported by Sen. Juan "Chuy" Hinojosa, D-McAllen. Hinojosa, who authored last session's TYC-reforming Senate Bill 103 and has been appointed to the Texas Sunset Advisory Commission in part to review TYC, sees this as part of a long-term change in attitudes. "We were looking in terms of economic development and not in terms of rehabilitating kids," said Hinojosa. "Community-based facilities have been proven to be more effective than just warehousing them."

There have already been major reforms, with TYC's population shrinking from 5,000 students last year to 2,400 now and several facilities being closed or transferred to the Texas Department of Criminal Justice. But with major safety concerns about the Corsi­ca­na Residential Treatment Center and Victory Field Correctional Academy, as well as about inherent flaws in the current system, Whitmire argues that the new structure will pay dividends. A 2006 TYC study found that 30% of juvenile offenders held by Missouri Department of Social Services Division of Youth Services were reincarcerated within three years, compared to 50.1% for Texas.

Whitmire was not planning to make his announcement yet, but he was concerned about misinformation being circulated that this would become an unfunded mandate forcing every county to open facilities. "We'll get resistance from TYC administrators concerned about losing their jobs and from rural legislators who have these facilities in their districts," he said. "But my priority is the health and safety of the kids." 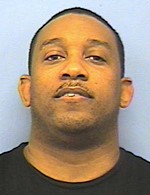 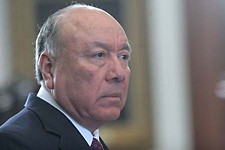